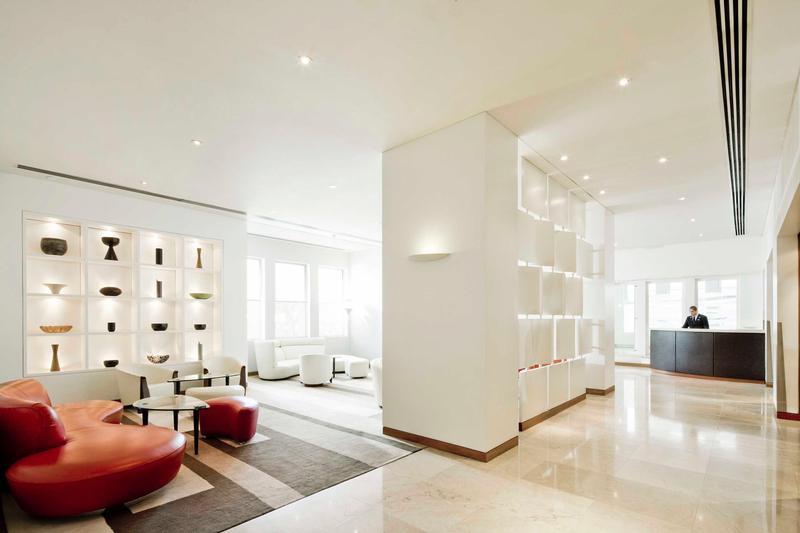 The Metropolitan is ideally situated, well within reach of St. James's Park, Buckingham Palace and Trafalgar Square, three of London's most widely-recognised tourist attractions. Public transport to these places and more is easily accessible thanks to nearby Tube stations, and taxis are never far off wherever you are in the city.

The restaurant at the hotel serves both lunch and dinner, while a bar and lounge offers refreshing drinks. There's 24-hour room service as well as fully-functional gym/health&fitness/recreational facilities. There are also business rooms and conferences are catered for here for important meetings and catch-up between associates. Public areas all come equipped with wifi, making the internet accessible at all times.

There are 150 rooms in this hotel, all kitted out with wifi, mini bars and CD players. Bathrooms feature shower/tub combinations, phones, makeup/shaving mirrors, and designer toiletries. Internet can be accessed via the television also. In addition to desks and fax machines, guestrooms offer direct-dial phones with voice mail. Televisions have cable channels, DVD players, and video game consoles. Rooms also include safes and complimentary newspapers. Guests may request in-room massages, hypo-allergenic bedding, and extra towels/bedding. A nightly turndown service is offered and housekeeping is available daily. Guestrooms are all non-smoking.