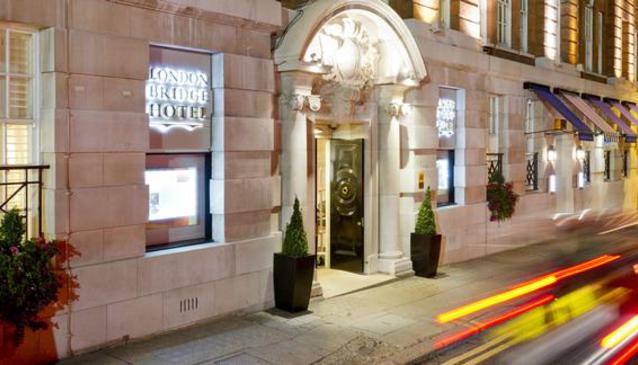 Despite the off-centre location of the London Bridge Hotel, some of the city's most popular attractions are well within reach. The Tate Modern, for example, is only half a mile away, and Shakespeare's Globe Theatre is at a similar distance. You get a more peaceful environment at this hotel than one of the more central ones, but you still get the convenience of a nearby airport, with Heathrow being about fifteen minutes away.

The rooms at the London Bridge Hotel are appointed with air conditioning and decorated in a contemporary style. There is high-speed internet access available in the rooms as well as satellite television, in-room safes, coffee-makers and minibars.

As the name of the hotel suggests, its location looks out over one of the oldest structures in the city, the Tower of London, in the borough of Southwark. The hotel contains just under 200 rooms, and harbours an onsite restaurant, a bar, and conference rooms that can cater for up to 100 guests.