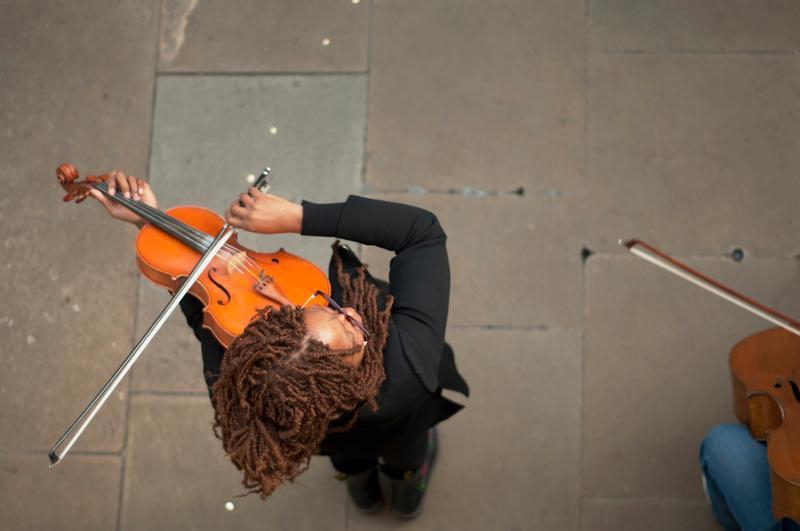 Covent Garden historically was known as a market, but is now equally as known for its shopping and nightlife as it is for flowers and food stalls. If Soho was the lairy sibling that went to art school, then you can think of Covent Garden as the self-assured older sibling. A little more grown up, but no less fun.

Most of the action centres around the main piazza, a cobbled square encompassing the old market and consisting of a rabbit warren of boutiques and shops. The square fills up with revellers, street performers and crowds of tourists, providing a lively and friendly atmosphere to the proceedings.

Another main section, Long Acre, can be easily accessed from neighbouring Leicester Square and contains the vast majority of the big high street favourites though again, like Regent Street, they're somewhat larger than the typical branch. There are lots of interesting side streets filled with unique shops and boutiques, especially if you explore further towards St Martin-in-the-fields and Strand, so it's well worth losing a couple of hours wandering around.

The Seven Dials area has a vibe similar to Soho; arty, creative and laid back, with a plethora of art stores, creative outlets and bars catering to the media crowd. Not coincidentally, it is also packed with some of the interesting eateries in central London.

Finally, the Neal's Yard neighbourhood is another shopping destination, but this time is popular with the small-volume, independent boutique crowd with dozens of funky shops and a large outlet of Urban Outfitters dominating the streets. It is also an ideal spot to pause for a coffee and to watch Londoners go about their business.