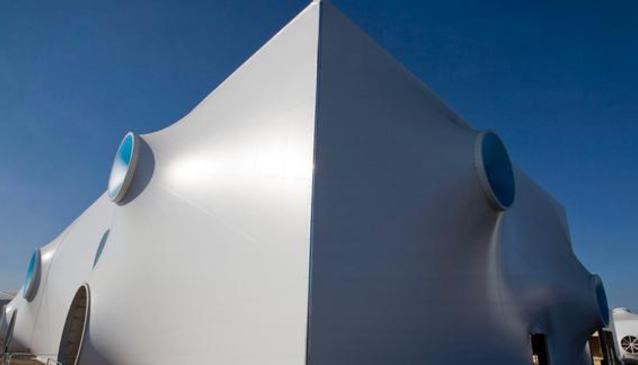 Located close to Greenwich Park, one of London's nine Royal Parks, the Royal Artillery Barracks is easily one of the most visually striking buildings of the 2012 complex. Overall, the shape isn't too inspiring; it's just a box. But it's the building's walls themselves that stand out. The material looks like a tightly-stretched volume of rubber and, half protruding through which, are several coloured cone/speaker-shaped circles. It's a truly weird conception, but it works brilliantly.

Inside, the steeply-sloping grandstand allows for thousands of spectators to witness some quality accuracy with the Olympic Pistol, Rifle and Shotgun events, for which four temporary ranges will be built.