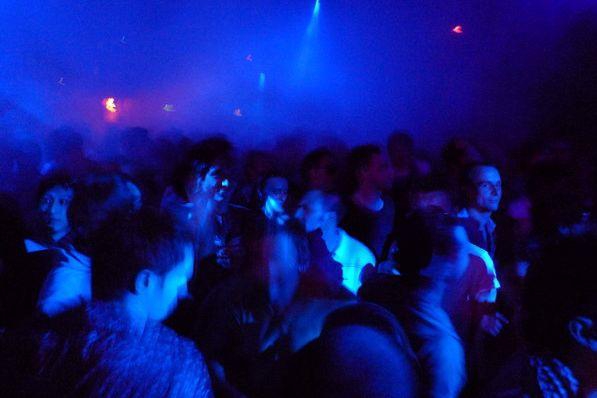 Forget the weekend crowds. Forget the out-of-towners. Sometimes you just have to accept that a place’s excellence and enduring popularity will draw all-comers, good and bad. That means crowds of students and trendy tourists out for the quintessential Fabric experience; crowds from the suburbs looking to live it up in London town; and the misled and mistakenly affluent believing all clubs to be created equally.

Not so. Fabric has been the birthplace and the rip-roaring epicentre of many a DJ, producer and scene in electronic music. It is still one of the best dance music clubs in London for depth, breadth, consistency and longevity. There will be passing club nights, hipster havens and clubs of the moment. But Fabric has outlasted all of them and still belts it out every night to ominously pounding bass tracks. The floor rumbles and you feel it in your gut.

The club’s USPs are its state-of-the-art sound system (one of the best in the world) and its reputation for bringing in the biggest electronic music acts while keeping an ear on the ground for the edgy, underground and emerging talents of London’s bubbling dance music scene. It achieves both in spades. With multiple rooms, dance floors and lounge areas, not to mention balconies and outdoor areas, a twisting and expanding labyrinth of pulsing rooms exists in the club’s tortuous underbelly, each with a different soundtrack or DJ.

House in all its forms is a speciality, as is the irrepressible dubstep, electro and drum and bass.

Critics – and by critics we mean those expecting, say, Café de Paris – point out the monotony of the soundtracks and the lopsided ratio of guys to girls. Sure, there are more guys then girls – but if you’re here to hook up, you’re in the wrong place. And if your idea of edgy electronic music is David Guetta, it’s probably best to look elsewhere for your kicks. But for the down and dirty London clubbing experience with a uniquely London soundtrack, this should be your first port of call.