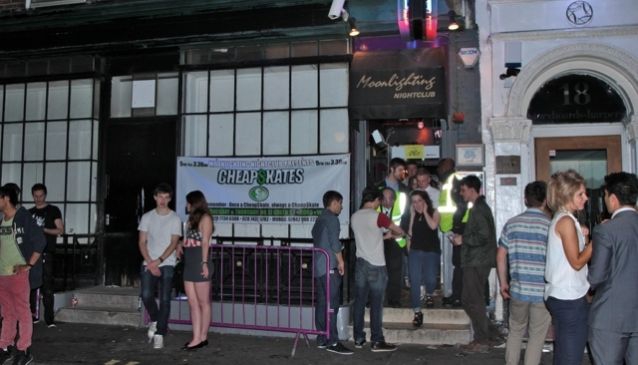 Forever associated with the apocalyptic night of depressing student debauchery known as Cheapskates (we're talking pennies for drinks here - Wednesdays, by the way), this club, for all its questionable unpretentiousness and unadorned glory (think Saturday Night Fever on the cheap) is actually one of the more fun nights out in central London. The crowd is predominantly young, excitable and from a cross spectrum of London's ethnic communities, bouncing and grinding along to the infectious dancehall, R n'B and bashment rhythms spun by the club's DJs. It's a club that knows what it is, and knows that it does its thing well. Drinks are cheap for central London and the crowd is unpretentious though typical London, and though you'll definitely notice the Soho vibe running throughout the club (you'll be wondering if leaving your stripper heels at home was a good idea), you're likely to be in for a night of cheap drinks, out-of-control dancing and an all-in-all messy night. Gloriously tacky.

Cheapskates is on Wednesdays; Dancehall and R n'B at the weekend.