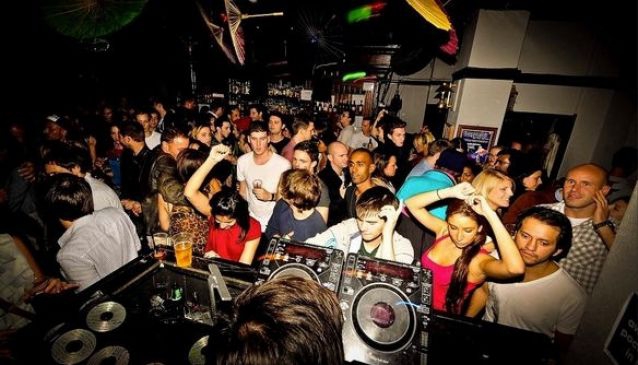 The antithesis to London's swank member's bars and vast megaclubs, Plastic People's unspoken mission statement has always been about the music. The club's tiny. It's basic. It fills to capacity quickly. The crowd is guy-heavy, and is the opposite of glamour - even the knowingly shabby kind. But the dedicated come here week after week, year after year, and the crowd of the faithful and those wishing to dip a toe into the waters of aural nirvana is amongst the best anywhere.

Besides the deep, dark and dedicated music - dub, grime, dubstep and D n'B - the crowd and spirit of the venue will probably leave the biggest impression. The front of house ensure there's enough space left in the tiny shoebox of a club to move around comfortably, despite its popularity, and the kinetic dancefloor is amongst the most respectful in London. Yes, it's in Shoreditch central, but punters are trendy but lack the rudeness and attitude found at a lot of neighbouring venues (Cargo, we're looking at you).

Drinks are basic and cheap for this part of town, with beers around £4 and shots clocking in at £3.50 - literally just enough to keep you going. . Bring earplugs (or ask one of the staff) as even experienced clubbers have reported getting their ears blown by the speakers.