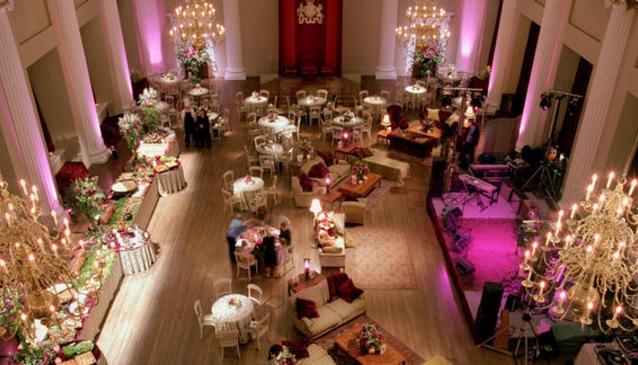 Located on the main strip of stately grandeur (and frank Tourist Hell) that is Whitehall, the Banqueting House is a grand but understated and unassuming building of rather significant history. Aside from being the grandest and best-known relic of the bygone architectural style of 'banqueting house', it is also the only remaining section of the Palace of Whitehall, built in Henry VIII's reign and, at the time, the largest palace in Europe.

Designed by architect Inigo Jones, it was completed in 1622 and was the first building to pull Britain out of the Middle Ages of building design. All you have to know, however, is that it was - and still is - a setting for epic banquets, masques, grand balls, concerts and receptions for the great and good, later becoming a reception hall for international ambassadors and visiting dignitaries. The artist Rubens painted the ceiling of the majestic main hall, with nine canvases depicting the life of James I. Purpose-designed and built for that sole purpose, it can still be hired out and it remains one of the most magnificent venues in Europe for royal and high society events.

Realistically, unless you're interested in the architectural details of the building and style (neoclassical Palladian, if anyone asks), you'll probably just want to pop in for a brief look around. Admission is £5 for adults, concessions are £4 and under-16s go free.

The nearest tube stations are Westminster (Jubilee/Circle/District) and Charing Cross (Bakerloo/Charing Cross branch of the Northern Line), both a 5-10 minute walk down Whitehall. It is open Monday to Saturday, 10:00 to 17:00.