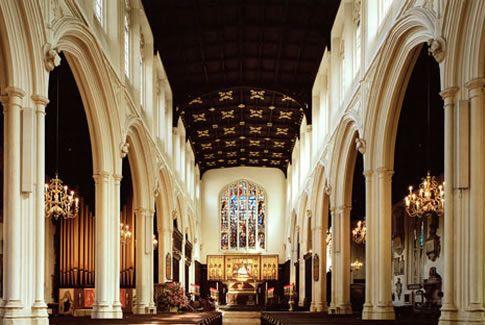 Standing for nearly a millennium, the UNESCO-designated Westminster Abbey is a compulsory stop for anyone passing through our fair city. In the heart of Westminster, and across from the Houses of Parliament and Whitehall, the cathedral is a grand Gothic masterpiece of scale and detail, with grand flourishes, architectural innovations and a multitude of stories to intrigue and inspire.

Originally conceived in 1050 by Edward the Confessor, the Abbey in its current state is the result of a series of additions, extensions and improvements over the course of the last millennium; the main Gothic style building as it stands was built during the reign of Henry III, with further additions by Henry VII, the most recent structural addition finally arriving in the 19th century.

From its completion, the Abbey has been home to countless coronations, Royal occasions and burials, beginning with William the Conqueror in 1066 to Elizabeth II's declaration to defend the realm in the 50s, and most recently holding court to the wedding of Prince William and Kate Middleton (nee Duchess of Cambridge) in 2011.

Within the abbey lie wonders. The Lady Chapel, built by Henry III, is an outstanding Chapel with a magnificent fan-vaulted ceiling, and countless windows commemorate past notaries and events. The Abbey also hosts a myriad of tombs and memorials; it plays host to a plethora of British writers and poets such as Chaucer, Tennyson, Shakespeare, Bronte and Dickens as well as scientists and explorers such as Newton, Darwin and Livingstone.

The Abbey's more recent memorials also hint at its continuing role as a constant and immovable monument in the tomes of British history - commemorations of the fallen dead in the World Wars range from entire units (see the Battle of Britain memorial) and anonymous heroes (The Unknown Soldier, the grave of a British soldier found on the battlefields of France) to prime ministers (Winston Churchill).

The Abbey is particularly beautiful on balmy summer nights. The cloisters and garden are free to visitors and tours are available, but admission is free for those attending church services on Sunday - check the Worship section on their site for times as there are often a multitude of services throughout the day. Concerts are held in midsummer on Wednesdays,

During weekdays the Abbey is open from 09:30 to 15:30, though Saturday hours are truncated to 13:30. On Sundays, the Abbey is closed for worship so the only way you're getting to get a look is if you're settling down for service.

General admission for adults is £16, £13 for concessions and 11-18 year olds are £6 per entry. Children under 11 are free accompanied with an adult, and individuals in wheelchairs are also valid for free entry. It's a little cheaper if you're part of a guided tour, although individuals with Verger tours are £3 extra.