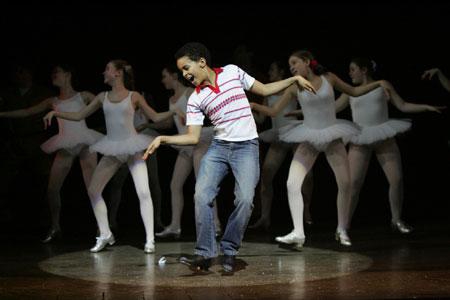 Billy Elliot is the inspiring, uplifting story of a boy who dreams big and succeeds. It is based on the movie written by Lee Hall and directed by Stephen Daldry. Sir Elton John composed the score for the musical and Peter Darling provides the choreography. This creative team has managed brilliantly to bring Billy’s story to the stage.

Billy is a young boy growing up in the North East of England during the 1984/1985 miners’ strike. Although his father sends him to boxing classes, his passion for dance is realised instead. He secretly continues to dance, while his family struggle through difficult times. It is a story that will touch everybody, a story of hardship and courage, laughter and tears.

Please note that due to some bad language and violence, children under the age of 7 will not be admitted.

Duration: 3 hours (including one interval of 20 minutes).