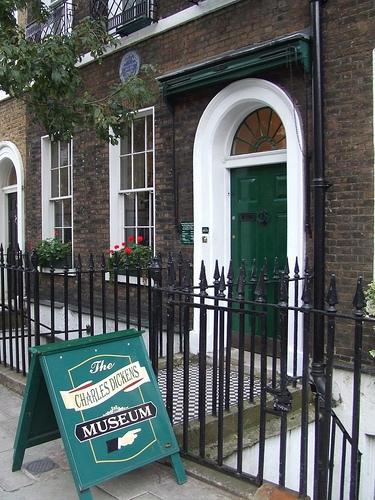 If there's anyone who needs less of an introduction, it's Charles Dickens. He was an author of works of unfathomable influence and his legacy will remain as solid as oak and as consistent as a sunrise. Located in Bloomsbury, north-central London, the museum is also the last surviving residence of Dickens himself; it was in this house, No. 48 Doughty Street, that Dickens wrote some of his most famous works, Nicholas Nickleby and Oliver Twist. He lived there until 1823. It wasn't for another 89 years until the house became a museum.

Making a visit to Dickens' house will allow you a guided tour of the property where you can feast your eyes upon objects and artifacts which the author used and created. Rare and original manuscripts lie on tables as if Dickens had thrown them there casually and left them. Even his personal writing desk itself is available for viewing, complete with piles of tea-stained papers and stationery, all indicative of his tireless efforts at creating world-renowned literature. The museum also features special exhibitions about Dickens's life and works as well as occasional exhibitions by artists.