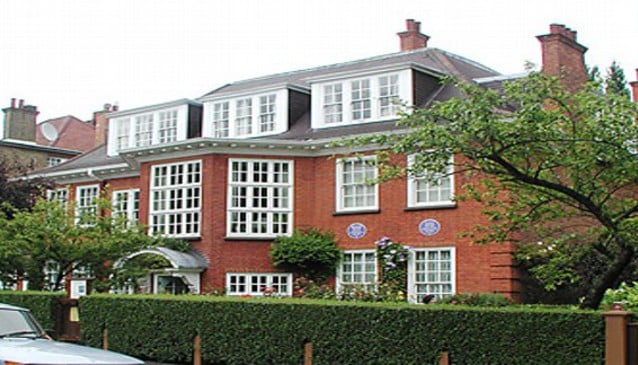 This unique house museum near Finchley Road Tube station in Hampstead is dedicated to the father of psychoanalysis, Dr Sigmund Freud. Freud and his family lived here for over 40 years, after they escaped Nazi persecution in Austria shortly prior to the outbreak of the Second World War.

After the death in 1982 of his youngest daughter, Anna, who herself was renowned for her psychoanalytical work with children, 20 Maresfield Road became a public museum in 1986- as per her request. The museum is aimed at educating visitors about and celebrating the life of these two pioneering human scientists, and as such the museum boasts two blue plaques.

Using the possessions that the family brought with them, this house intended to recreate Freud's consulting rooms in Vienna. In fact, perhaps the most famous aspect of this house and the most frequented part of the house is Freud's study, preserved just as it was during his lifetime.

While Freud is often synonymous with his psychoanalytic patient's couch (which is on show too), lesser known is the fact that he was also a collector and appreciator of antiques, antiquities and hundreds of books. Adorning the house throughout are pieces from Asia, Greece, Rome- and various statuettes clutter almost every surface and his famous desk. Oriental tapestries and rugs are hung up on many of the walls and are scattered across the floor.

The museum also allows visitors to research and read more of the life and works of both Freuds in their Research Centre, while you may also purchase Freud's works and some souvenirs of your visit here from their well- stocked book/gift shop. If the weather is pleasant, one may even be able to step into the garden.