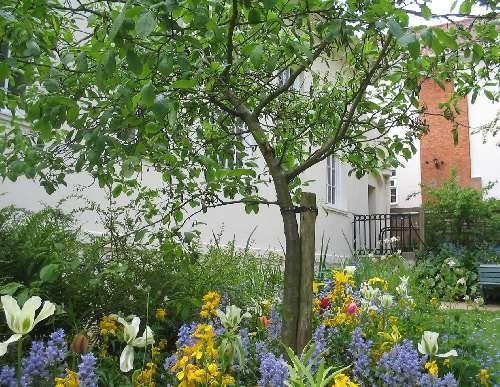 Poet John Keats' House from 1818 until 1820 in Hampstead in NW3, where he wrote some of his best poetry is a large Regency house, which still has much of its original furnishings and interiors. The doorknob is original, as are most of the fire grates and shutters. He lived here with a good friend, Charles Brown, and is reputed to have written Ode to a Nightingale while sitting under a plum tree in the garden!

Falling in love with his neighbour's daughter, Fanny Brawne, gives the home a romantic feel to it. While some of the artefacts on display here may be a slightly creepy (there are locks of Keats' hair to see!), there are also original paintings, copies of letters he wrote and his engagement ring to Fanny.

Sadly, Keats suffered from tuberculosis and in the winter of 1820-21 was advised to leave England for warmer climes, and left for Rome in Italy- from where he never returned.

The location of Keats House, across the road from Hampstead Heath, is a tranquil spot, and away from London's busy streets and smog.