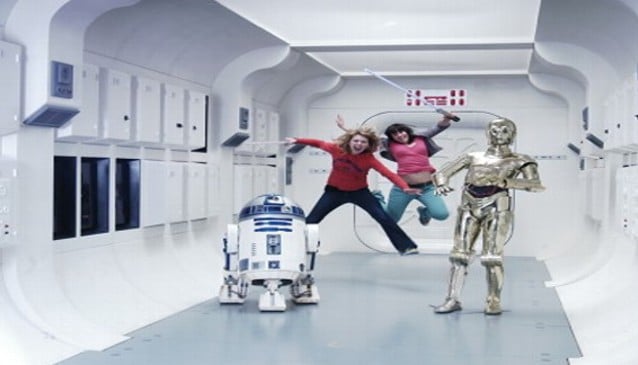 This museum is definitely not only a haven for movie buffs and sci fi geeks. London's South Bank is the place to visit for all things artistic and creatively quirky. All visitors to the London Film Museum in SE1 can find something to appreciate here.

It is dedicated to British- made cinematography and films made since the 1950s. While the displays aren't technically historically accurate, they do bring an element of fun and complete escapism. Bring out your inner child in the displays about Star Wars and Superman! The story of one of the most well- known British film studios, Pinewood Studios, is also told here.

So whether you're pretending to be the captain of the Millennium Falcon or flying through the air in a cape, there are tons of opportunities to experience the magic of these films and more in special performance spaces. If you are more interested in blood and guts, a visit to the Horror Promenade will surely not go amiss.

In late June 2010 the Museum will be opening an exhibit called 'Ray Harryhausen - Myths and Legends', which will focus on the work of Ray Harryhausen and showcase the techniques he used to bring his Dynamation creatures to life. His classic films included casts of Cyclops, dragons, living skeleton warriors, a Medusa, a giant crab, scorpions and bees and of course dinosaurs. He is widely hailed as the 'father of modern day special effects', and has therefore paved the way for directors like Spielberg and Lucas to unleash some of the most creative and wonderful creatures.