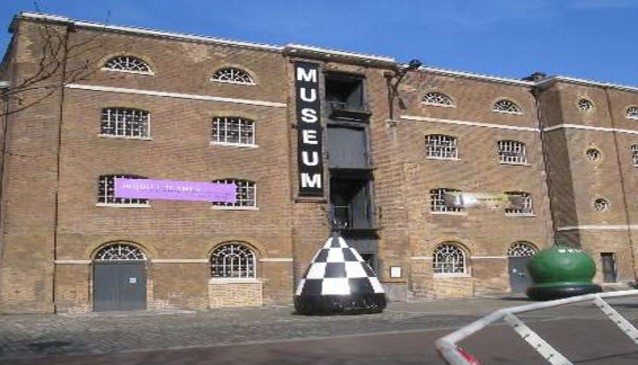 Museum of London in Docklands

One of London's newest museums and one which unlocks the history of London's river, port and people in an early nineteenth century warehouse at West India Quay in East London is a must for anyone wanting to see a truly alternative side of the Big Smoke. As one of London's 'local' museums reachable by the atmospheric Docklands Light Railway, this has a rich story to tell.

Originally used to house imports of exotic spices, rum and cotton, this warehouse now holds a wealth of objects from enormous whale bones to WWII gas masks, which provide glimpses of lost and almost forgotten worlds. Here you can encounter the wide array of people that have come and gone along the Thames over the last 2000 years, from its Roman founders to Viking invaders and from gentleman pirates to today's city workers. The Thames is one of the world's longest working ports, and its artefacts, models, film projections and taped oral histories are bound to hold you interest. There is a 6m high model of the Old London Bridge, complete with housing and shops and recreation of life in London around 1810.

The state of the art galleries include a dedicated space for children, called the Mudlarks Gallery. This interactive exhibit allows kiddie visitors to play, touch and explore historic artefacts and objects within this Georgian warehouse. After your trip to this museum in E14, you could also explore the Canary Wharf area and see the massive office complexes and large scale patchwork developments.