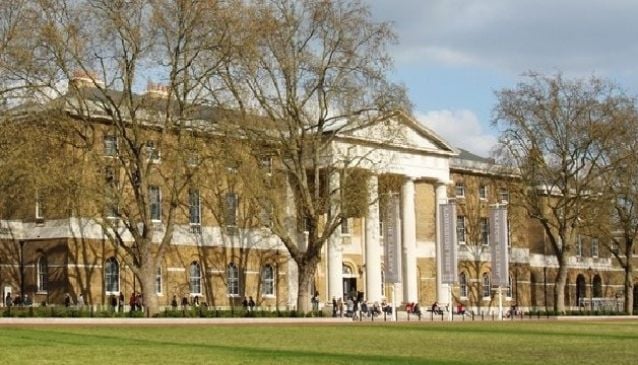 The Saatchi Gallery opened in October 2008 in the 70,000 sq. ft. Duke of York HQ building on King's Road, Chelsea with an exhibition dedicated to new art from China. Since then it has presented exhibitions of new work from the Middle East, India, America, the UK, as well as a major exhibition of international sculpture called The Shape of Things to Come.

In 2009 the Saatchi Gallery's exhibitions of work from China and the Middle East were ranked the top two most visited exhibitions in London by The Art Newspaper.

In The Art Newspaper's 2010 survey the Saatchi Gallery's three exhibitions that year - Newspeak: British Art Now, Abstract America: New Painting and Sculpture and The Empire Strikes Back: Indian Art Today - were ranked as the second, third and fourth most visited in London, surpassed only by Van Gogh at the Royal Academy of Arts.

The Saatchi Gallery aims to provide an innovative forum for contemporary art, presenting work by largely unknown young artists or by international artists whose work has been rarely or never exhibited in the UK.