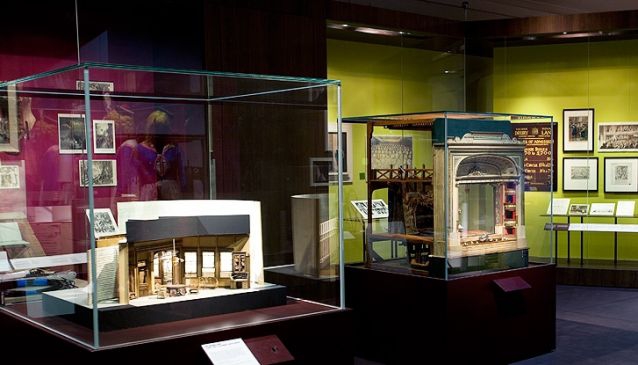 This now means that you can visit the whole of the V&A Museum at the same time!

The Theatre Museum told the story of the performing arts in Britain from the sixteenth century to the Noughties. It covered all the live performing arts including drama, dance, opera, musical theatre, circus, puppetry, music hall and live art. Quite impresssively too, it claimed to have the largest collections of documents and artefacts on these subjects in the world!

New galleries devoted to the performing arts opened at the V&A in South Kensington in 2009, and now the weird and wonderful artifacts of theatre and performance, including costumes, designs, manuscripts, books, video recordings and many more are all housed within this London must-see! A real sense of the theatrical is created here using posters and paintings to reconstruct the details of past performances and the lives of performers, past and contemporary.

If you enjoy all things theatrical, this section of the V&A will keep you enthralled- whether it be by Kylie Minogue's dressing room, to Dame Edna Everage's Sydney Opera House hat, Mick Jagger's silver jump suit or Margot Fonteyn's Swan Lake tutu.