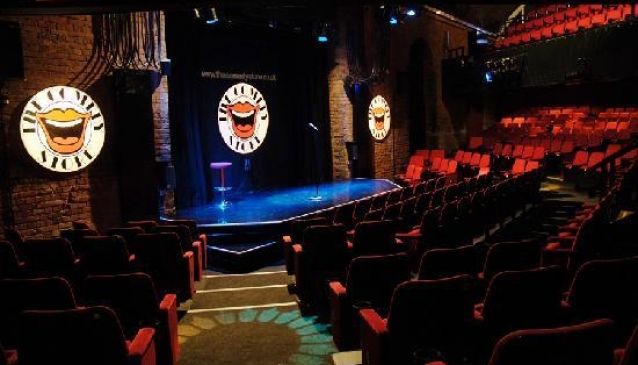 The comedy store has an impressive reputation for British and American comedians that have stood on this stage over the past 3 decades. After relocating 3 times due to its popularity, this comedy club now has the capacity to accommodate 400 guests; situated in the heart of the West End between Piccadilly Circus and Leicester Square. The early days saw amateur comedians being drawn off the street to fight for the laughter of the audience for as long as possible, before being ushered off; this rich heritage is what gives this particular comedy venue the edge over its London rivals.

Almost everyday of there year there are unique events. On Wednesdays and Sundays the 'Comedy Store Players' engage their guests with entertaining improvisations that are based on audience suggestions. Every Tuesday 'The Cutting Edge' team uses topical news and current affairs to give you the most up to date comedy around. When the weekend arrives the main attractions begin to roll in; the biggest names in comedy accompanied by emerging stars share center stage. On the last Monday of every month, there is an unforgettable open mic talent search, which retraces the roots of The Comedy Store.

The Comedy Store regulars include Jack Dee, Alan Davies, Paul Merton, and Eddie Izzard who first started their stand up careers here in 1993. The occasional unexpected and uninvited star from across the pond may emerge; typically in the form of Chris Rock or Robin Williams, who have a reputation for shocking the audience. Ticket prices are surprisingly affordable; but in general prices are more expensive at the weekends for the more established performing comedians, so booking in advance is definitely advised.