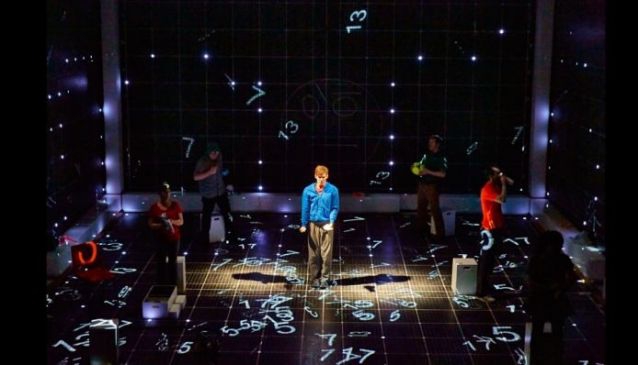 The Curious Incident of the Dog in the Night-Time

Based on the novel by Mark Haddon and directed by Marianne Elliot, The Curious Incident of the Dog in the Night-Time is the latest show to hit the West End. Based in the eclectic Apollo Theatre, this brand new play from the National Theatre has been given outstanding reviews, heralded by The Times as, 'A phenomenal combination of storytelling and spectacle.'

The plot begins when a fifteen year old boy called Christopher discovers his neighbour's dead poodle in the middle of the night. Using his extraordinary brain and a spot of detective work, Christopher sets out on a mission to discover the dog's killer, recording facts in his trusted notepad. However, having never ventured further than the end of his road, recoiling at the touch of strangers and with a strong sense of inherent distrust, his journey is not an easy one. This story takes a sinister turn when Christopher tries to clear his name as a suspect whilst being ill-equipped to deal with everyday life. This is the Curious Incident of the Dog in the Night-Time.

Book your tickets now as 'this may be the most entertaining family drama since the stage version of War Horse,' The New York Times.

Contact The Curious Incident of the Dog in the Night-Time