Lifting the Veil on London's Past

...sometimes the most rewarding historical sites are the ones which go unnoticed...

“If you wish to have just a notion of the magnitude of this great city, you must not be satisfied with seeing its great streets and squares, but must survey the innumerable little lanes and courts.”

The illustrious, 18th Century English author Samuel Johnson was referring to London when he said that. The quote can be found hanging in a dark wooden frame on the wall of a slender, shadowy passage that slips discreetly off the rambunctious thoroughfare of Fleet Street, Central London. A little further down the passage is the pokey, timbered doorway to Johnson’s old watering hole – Ye Olde Cheshire Cheese – which has a hanging sign that reads: Rebuilt 1667. Slightly further on, the passage opens out into a cobbled courtyard, at the western end of which stands a pleasant (but otherwise nondescript) Georgian townhouse. It has a small plaque that reads: Dr Samuel Johnson Lived Here.

Two secrets in three minutes and a felicitous quote – it was a fitting conclusion to a tour that had bombarded me with one enthralling discovery after another. Except I hadn’t been on a tour, I had been on a walking seminar (there is a difference), and the affable young lady – Alice – who had been leading me was not a guide, but a docent (again, there is a difference). And don’t be misled by the word ‘secrets’; these things are here for all to see. The only thing is, people aren’t looking. 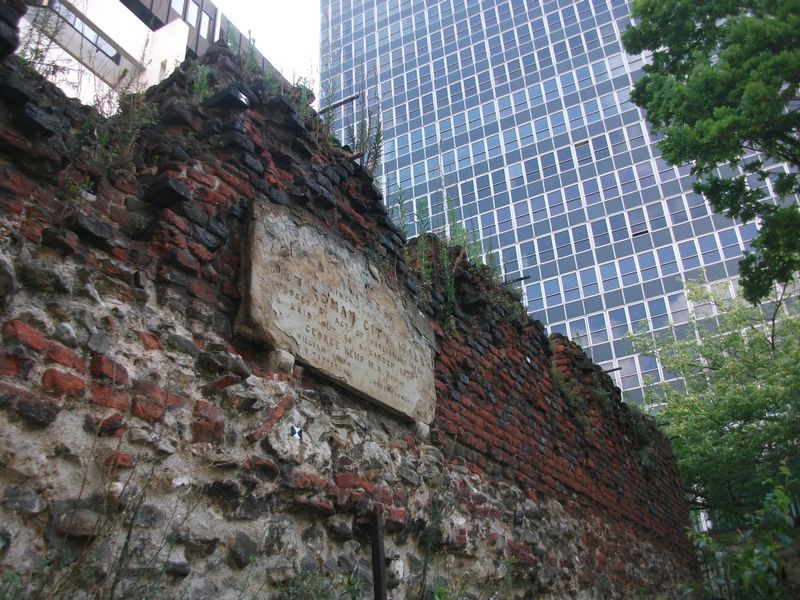 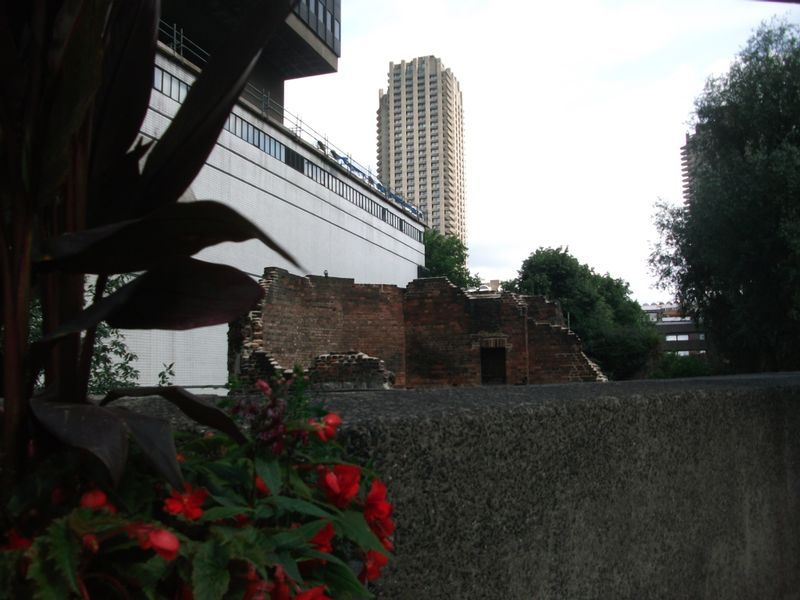 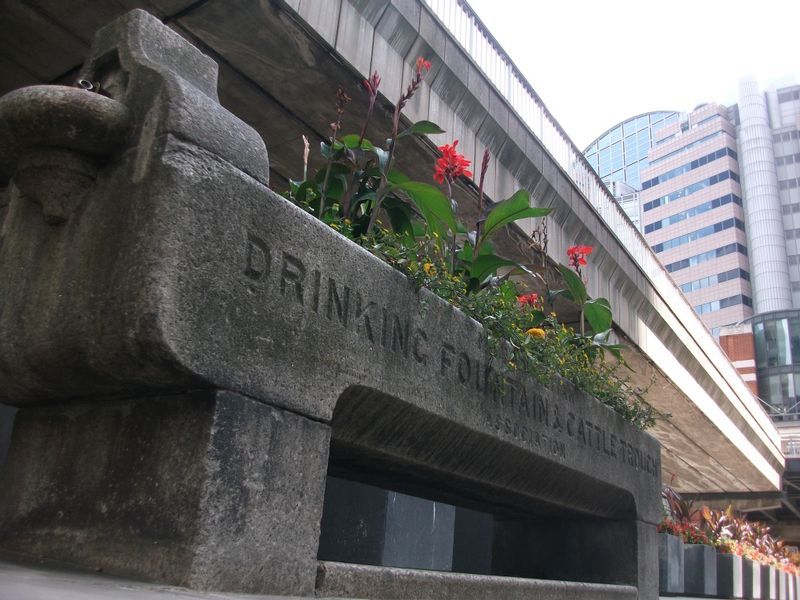 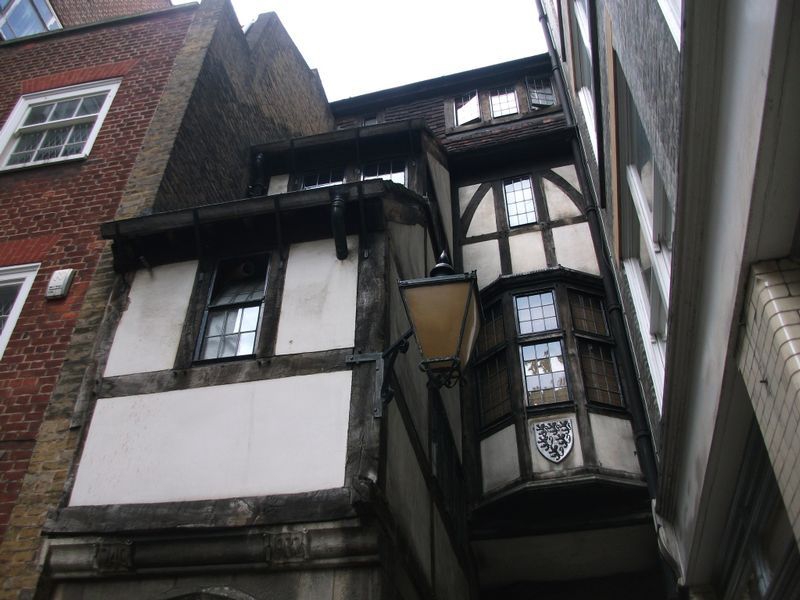 And you can’t blame them, really. After all, what could possibly be interesting about a raised stone container filled with pretty flowers on a pavement running alongside the A1211? Precious little, that’s what. Until, that is, you are urged to stoop down to read the almost-illegible, lichened inscription – Metropolitan Cattle Trough Association­ – at which point you look up with raised eyebrows which prompts a flow of information revealing that the spot you are crouching was, 200-odd years ago, the centre of a thriving cattle market. And suddenly, it’s there – your imagination has been ignited. The towering steel and glass architecture, the swept tarmac and blinking traffic lights of 2011; they melt away, replaced with filthy puddles, the raucous cries of hawkers, the stench, the commotion, the stone cattle troughs slopping with murky water. And not a flower in sight.

And then, just as you’re getting your head round that, the uncompromising straightness of the A1211 – more commonly known as London Wall – is brought to your attention, and suddenly you leap back 2,000 years, and the road becomes a dusty track surrounded by green pastures, the cattle traders replaced with Roman legionaries, the first settlers, the people who knew this place as Londinium.

Everyone knows London is one of the world’s greatest historical cities – just a mention of the place evokes images of the blue ribbons of steel draped over Tower Bridge, or the momentous dome of St Paul’s Cathedral, or the intricate carvings of Westminster Abbey.

But sometimes the most rewarding historical sites are the ones which go unnoticed, the ones which have been forgotten in the swirling growth of a metropolis; the seemingly mundane transformed into delicious nuggets of history with a few illuminating words. This was part of the wider aim of my Hidden London walking seminar; an aim that, after a full morning moseying about some of the city’s nooks and crannies, was definitively accomplished. This seminar is one of many themed outings organised by Context Travel, a company made up of a network of scholars and specialists (docents) in various fields, which, in its own words, caters for ‘intellectually curious travellers’. 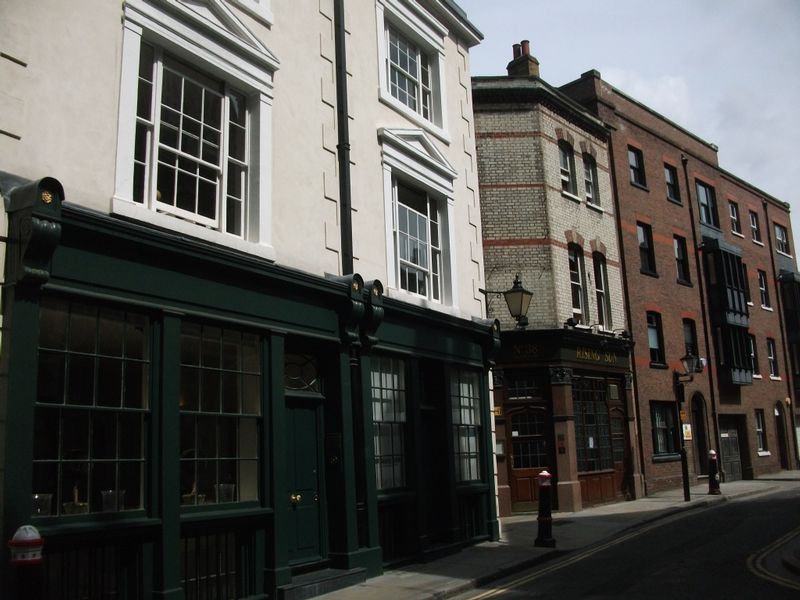 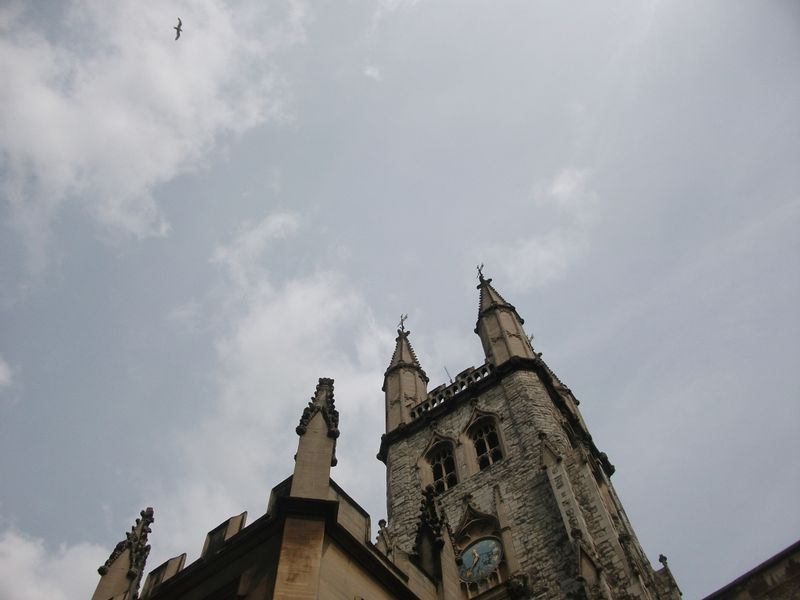 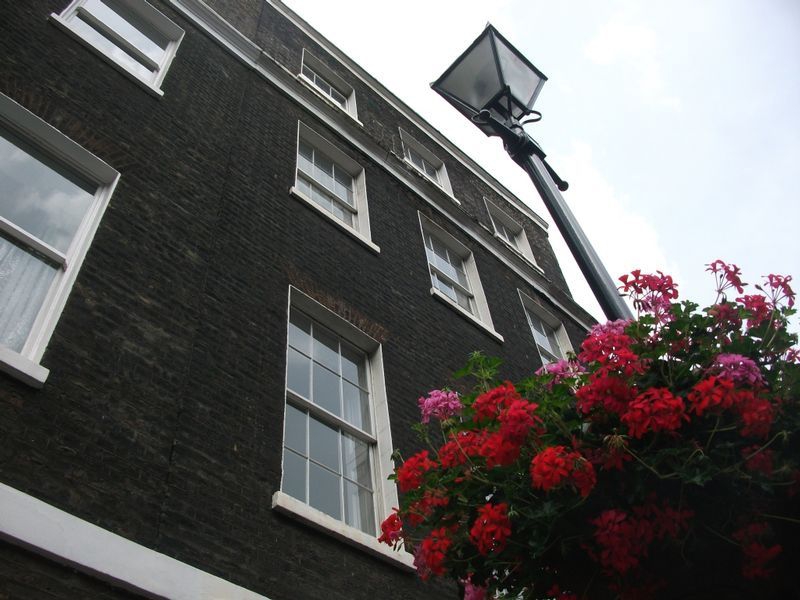 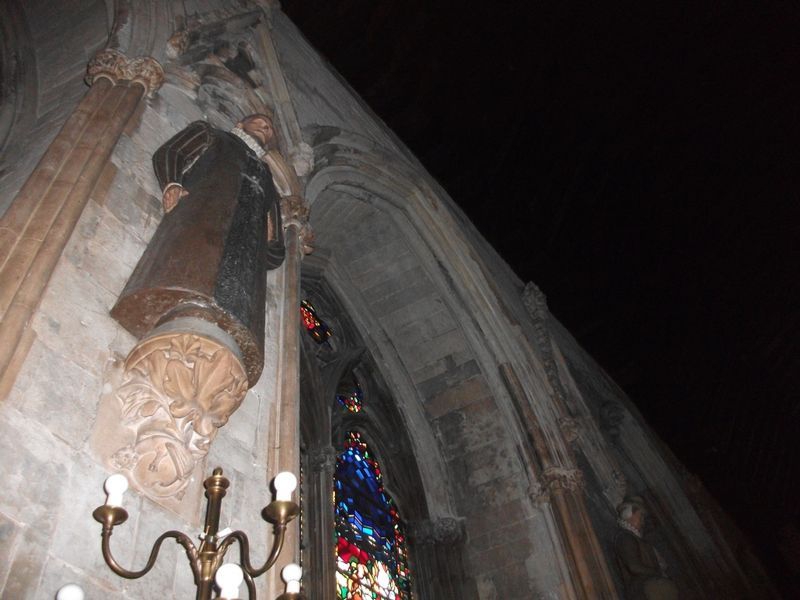 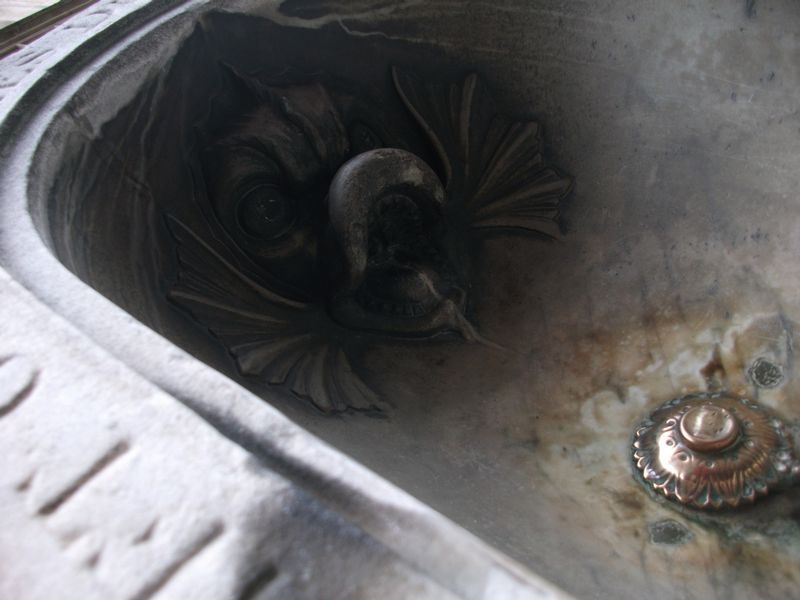 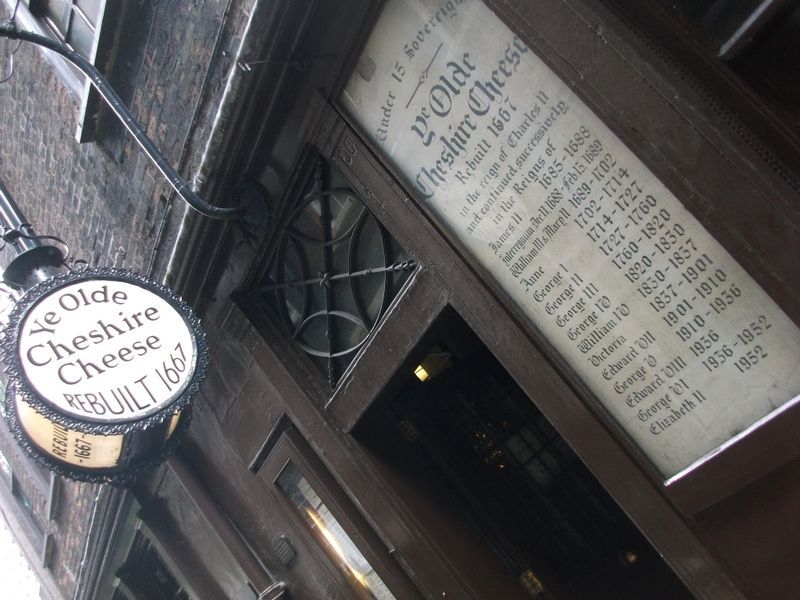 The word ‘hidden’ works on two levels. On the one hand, you have the cattle troughs disguised as flower beds, the etymology of place names (i.e. the Barbican Housing Estate sits on the site of an old Roman fort; the word ‘barbican’ is taken from the Latin ‘barbecana’, which means ‘fort’) and the infrastructural blueprints of ancient civilisations. These are the things veiled by their inconspicuousness, things that without the lantern of specialist knowledge lurk silently in the shadows of obliviousness. Or, to put it another way, things that otherwise seem a bit naff.

On the other, you have the things that are literally hidden from view, things that have slipped quietly and humbly under the radar. How many of the millions of tourists who pose beneath the momentous dome of St Paul’s also take the time to visit St Etheldreda’s Church, squeezed between and set back from a row of terraced houses on a dead-end street, less than a kilometre away? Built in 1250, the oldest Catholic church in England is an exquisite and tranquil place of worship, with no entrance fee and some of the most beautiful stained glass in the city. And while we’re in the area, Ye Olde Mitre, a ludicrously quaint tavern and dripping in character, is tucked down an alley so tight you have to hold your breath to fit down. It’s more buried than hidden. These are the things that reveal the subjective (or indeed meaningless) nature of that tired old cliché – ‘off the beaten track’ – for they sit in the heart of one of the most touristic cities in the world, yet are visited by no one.

But I must stop there; I am in danger of giving too much away. Rest assured, however, that I’ve only revealed the smallest portion of a walking seminar so packed with discoveries it will leave your mind fizzing for weeks. 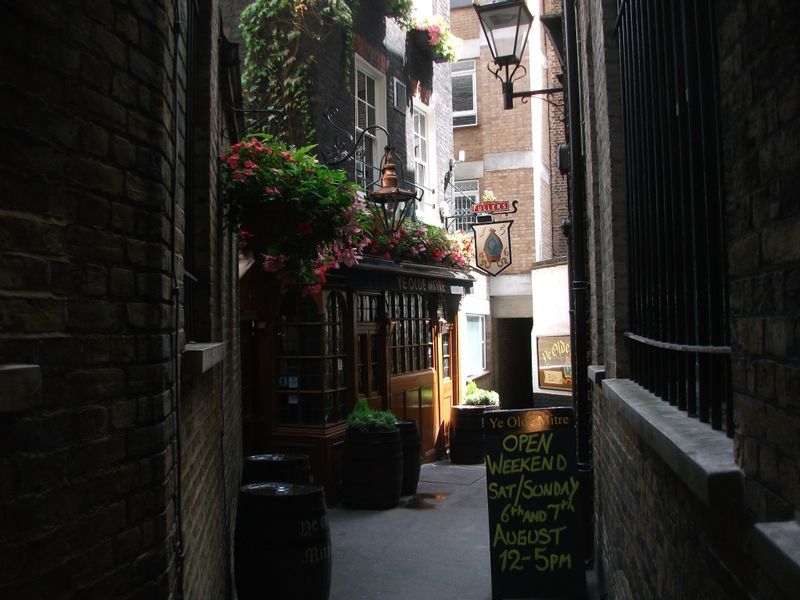 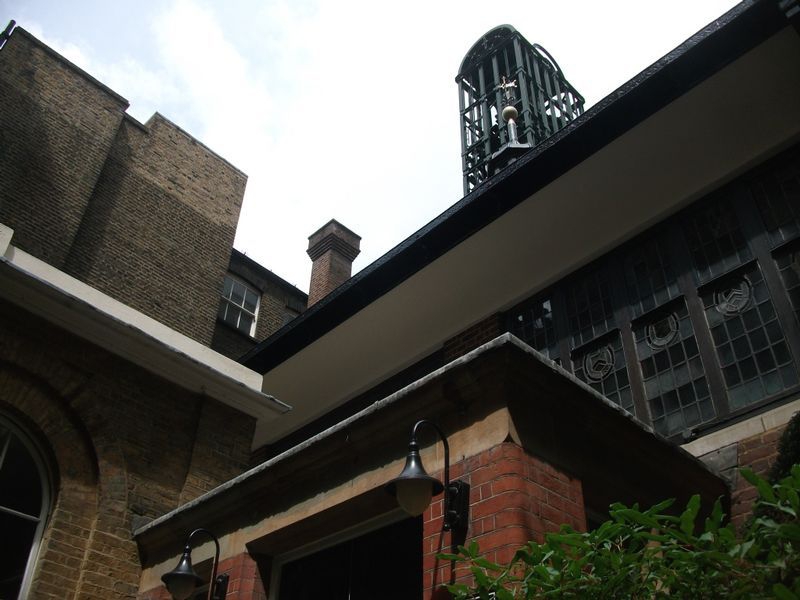 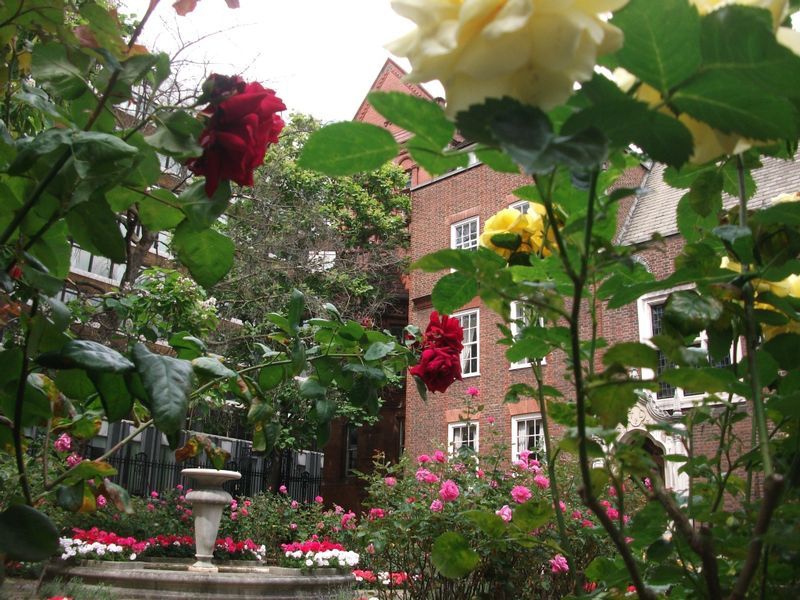 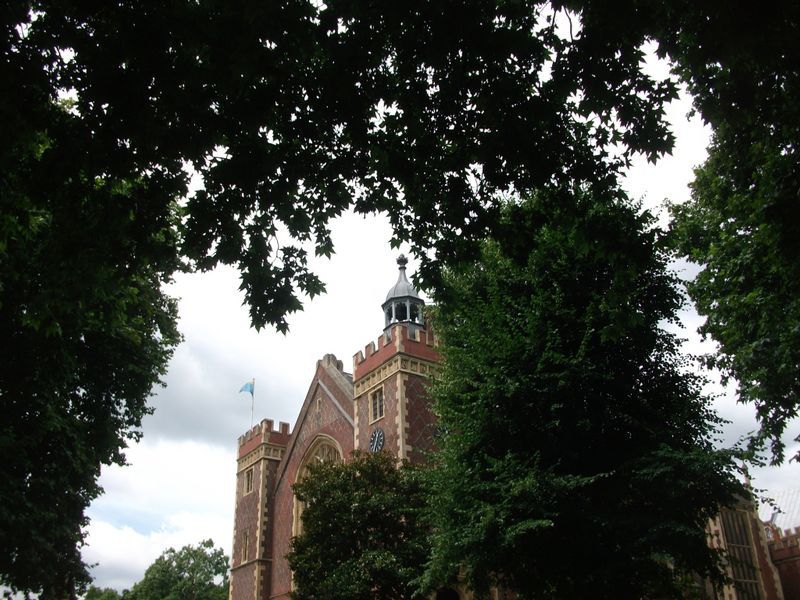 On a logistical note, our route had been expertly planned to match the theme of the walk. We used London’s capillaries, not its arteries, to get from place to place, and in doing so I was left with the happy knowledge that driving 20 miles from the city centre is not the only way to escape its frantic tempo. I lost count of the number of empty, silent courtyards and leafy gardens we found ourselves in, just steps from a hectic shopping street.

And finally, Alice, my docent. The depth of her knowledge was seemingly unfathomable and her enthusiasm and passion for her subject was utterly infectious. She would often pause to read relevant excerpts from famous literary figures – including Virginia Woolf, Ben Jonson and Charles Dickens – which added another dimension to an already thoroughly engaging seminar. There was never any hint of being rushed from place to place, and our outing was definitely more of an amble than a walk.

I’ll leave you with another quote from the great Samuel Johnson; if the former doesn’t apply, you now know where you can find the latter – Context Travel!

“Knowledge is of two kinds. We know a subject ourselves, or we know where we can find information upon it.”