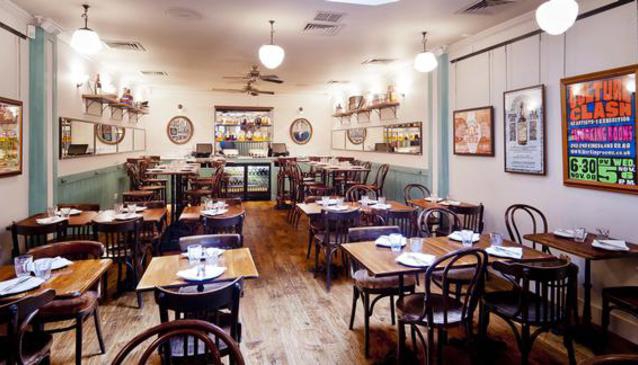 In the world’s search for the next big thing of international gastronomy, a few top chefs have eagerly promoted the cuisine of Peru as being just that.

Yes, Peru. Despite the popularity over there of consuming what we perceive as domestic pets and the enduring popularity of restaurants specialising in chicken and chips in Lima and Cusco, real Peruvian cuisine is actually a far more delicious, complex and interesting beast. The Old World owes a vast swathe of its culinary heritage to the Americas – corn, squash, chillis and potatoes all originated there – thus it isn’t a surprise that the food over there is so good.

The main starter is the namesake of the restaurant, ceviche. Resembling Japanese sashimi with Latin seasoning, ceviches consist of small strips of the freshest raw fish with a citrus, herb and light chilli (if you so wish) dressing. The acidity of the citrus dressing has the dual role of both flavouring the fish and slightly cooking it – so it’s ideal for lovers of interesting flavour combinations and those hitherto squeamish about raw fish. The classic Don Ceviche is a good starting point, pairing tender seabass with a refreshing lime marinade, thinly sliced red onions and chilli, though the restaurant offers multiple iterations of the dish. Anticuchos (grilled meat skewers) are also well-accounted for, with a variety of meats – steak, chicken, octopus and meaty salmon – marinated in a spicy saucy and grilled over an open flame. The heat of the flame perfectly caramelises the meat, which adds extra flavour to the delicious marinade.

Larger plates are also available, showcasing the variety of ingredients and influences Peru is increasingly becoming known for – Spanish influences are prevalent in rice dishes of arroz con mariscos and pato, mixing dark rice and corn with seafood and confit duck respectively. Asian touches (reflecting Peru’s population of Chinese and Japanese migrants) are reflected in stir fries, and the country’s natural larder is prevalent in the diversity of exotic and tropical fruits infusing the luxurious dessert menu of ice creams and mousses.

It isn’t cheap – ordering a few of these plates will certainly add up – but for on-the-pulse buzz in Soho and international gastronomy it’s hard to beat, and as culinary adventures go it’s got the market cornered on exoticism and kudos.