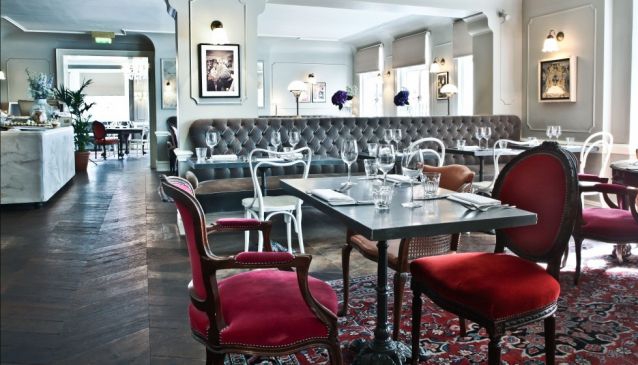 One of the oldest restaurants in London's Theatreland, Kettner's is a French restaurant with a frisky reputation, founded in 1867 by Auguste Kettner, a former chef to Napoleon III. A place where respectable diners and actresses could once consort and cavort, it is situated in four Georgian houses just behind the stage doors and has a secret passageway running to the Palace Theatre. Kettner's runs over five floors with a warren of private rooms, known as Cabinets Particuliers, which are perfect venues for an intimate tête-à-tête over dinner and champagne from the Baroque bar. Take a seat under the shimmering chandeliered ceiling or by candlelight, and enjoy your meal in the accompaniment of live jazz music from the grand piano. Former regulars throughout its legendary history have included Oscar Wilde and Bosie (Kettner's is mentioned in 'The Trials of Oscar Wilde'), Lily Langtry, Agatha Christie and Bing Crosby.