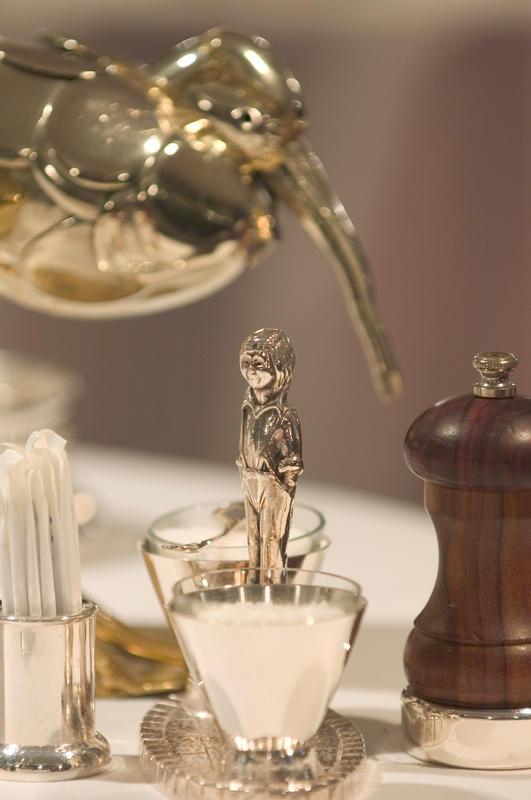 Having been open for forty five years, Le Gavroche rarely, if ever, fails to appear in the upper echelons of the restaurant ranking tables for London. It was opened by Albert Roux, Michel's father, and Michel took over it when Albert died in 1991.

Before we get down to the details, here's an interesting fact: in September 1997, Le Gavroche found itself in the Guinness Book of Records for setting the highest grand total on a food bill. Three diners spent about £13,000 on one meal which included cigars, spirits and six bottles of wine. Granted, you probably wont spend that much, but when you see the menu, the decor, its easy to see how such a place raked in a jackpot. The interior of Le Gavroche is cosy, warm and welcoming. Olive-green walls with alcoves and booths, a moderately low ceiling and wall-mounted fan lighting make for an intimate dining experience. The plush, carpeted floor absorbs the sound of conversation and the curved-back, red-cushioned chairs offer comfort to match the surroundings, as well as a pleasing contrast to the encompassing greenery.

The modern French food can be described variously as exceptional and tantalising, professional yet artistic. The two Michelin-starred kitchen is one of the most well-drilled in the business, yet nothing short of superlatives really does justice to the quality of cooking here. Here are some examples of what to expect: for starters, highlights include cheese souffle cooked on double cream; and lobster mousse with caviar and champagne butter sauce. On to the mains and you can choose, for example, a lobster salad; grilled 'T' bone of turbot; red mullet and beef marrow toast; roast saddle of rabbit; or roast suckling pig with crispy crackling, peppered sauce with golden raisins and shallots confit. The gripping quality continues onto the dessert menu where we see the likes of roasted pineapple with vanilla and rum, white pepper ice-cream; bitter chocolate and praline indulgence; white and milk chocolate mousse with Kirsh-soaked cherries, bitter chocolate sorbet and chocolate creme brulee.