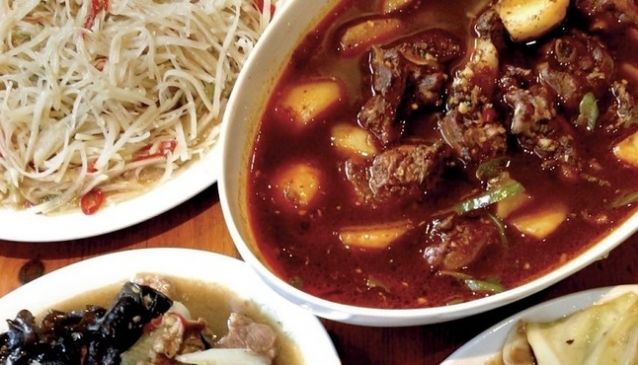 Authenticity at its purest

Silk Road isn't just another fabrication or attempt at genuine Chinese cuisine. It specialises fare from the northwest Chinese province of Xinjiang. In fact, it quietly leads the way in providing top-quality food and satisfying an under-appreciated amount of customers.

By looking at the menu (albeit a short one) it's easy to see why Silk Road is so busy, particularly on weekends, and dominated by a Chinese crowd. Skewed chunks of lamb, sprinkled with cumin and chilli get wonderfully prepared, as do traditional dumplings with various meat (predominantly lamb) and veggie fillings. You can get 10 of these dumplings for less than a fiver, even the price of a can of Coke is under a pound (don't let the low prices fool you into thinking you're not getting the quality, by the way).

Also try the chicken broth where, towards the end and all you have is beautiful liquid left, the waiter will come along and refill the bowl with noodles. They act as sponges in absorbing all the fluids, making a gorgeous second wind out of the originally sumptuous dish.

It really is worth a trip to Silk Road, and not just because we think so, because hundreds of regulars who hail from Xinjiang think so too. It's a bright echo of traditionalism in otherwise gray surroundings; somewhere that won't leave you feeling cheated.