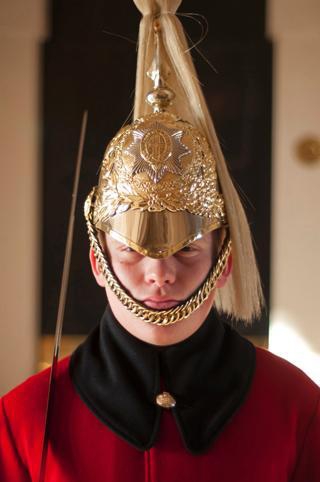 Bought by George III in 1761, Buckingham Palace has been British royalty HQ for 175 years. It's arguably the face of London, and it's what thousands of tourists come to London every year for.

Buckingham Palace is one of the few working palaces in the world, and is used today for administrative royal business, as well as to house offices of those who work for the Queen and the Duke of Edinburgh. It's also open to members of the public, allowing daily visits (booking for these in advance is strongly advised because only a small number of tickets are available at the ticket office on the day). Other than that, the Palace is used for ceremonies, particularly the Queen's Diamond Jubilee in June, and State Visits.

As if the exterior of the Palace wasn't impressive enough, once you step across the threshold of its front doors and into the Grand Hall, the interior will leave you open-mouthed and unblinking. All the artistry and portraits set into the walls have remained there since Queen Victoria was in power, and the smooth white marble staircase spirals elegantly to the next floor. Then there's the Throne Room which is used, on occasions such as Jubilee receptions, by the Queen. It's also used for wedding photographs, most recently by 'Wills and Kate' in the summer of 2011.

Other notable rooms include the Ballroom which is used predominantly for formal banquets, which can seat 150 guests. During these banquets, the Queen must meet each individual (whom range from members of the royal family, political leaders and other members of government; ambassadors, and other visiting members of the higher society) such is the customary behaviour.

Location: Right at the end of The Mall in the centre of London.