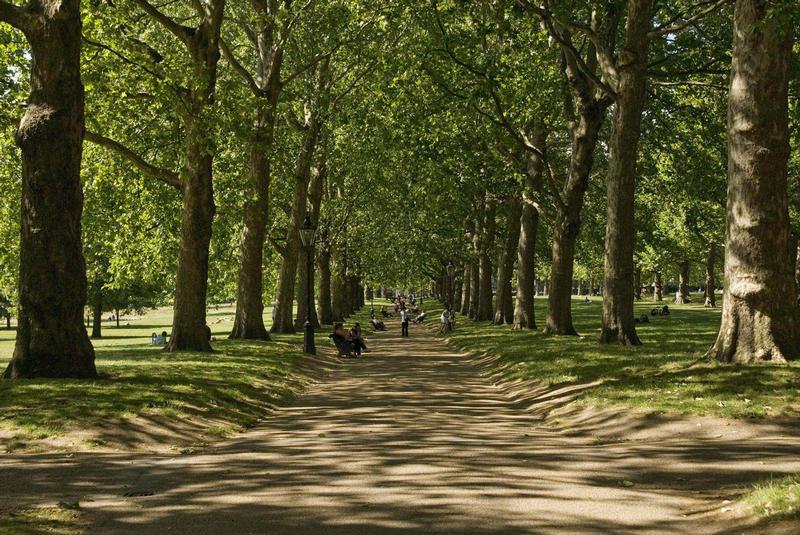 Contrary to its neighbours, Green Park (officially known as The Green Park) very much lives up to its name - it's all totally green. No lakes, no ponds, no water at all - just beautiful, ancient wooded pathways and patches of open fields.

It's a great by-route for commuters and a handy lunchtime spot for businessmen. Come at off-peak hours, though, and you'll only share the place with the odd brightly-coloured jogger or dog-walker...and maybe one or two others because Green Park backs on to Buckingham Palace. Expect distant crowds and the constant hum of excitement from around the gates of the palace. It is in Green Park also that the gun salutes take place. Used especially for Her Majesty's (official) birthday in June, and for other stately opportunities such as her Diamond Jubilee later in 2012, the crack and boom of the 41+ Royal gun salute is a thrill to behold - just make sure the kids have their ears covered.

Something else which is interesting to observe is the towering golden Canada Gate which stands at the Buckingham Palace entrance to the park. It was erected in 1908 to commemorate Queen Victoria and to recognise the contributions Canada provided to the British Empire.