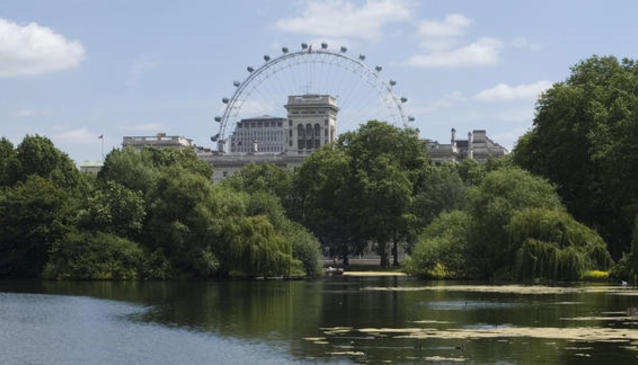 Offering stunning views (especially from the bridge in the middle of the park) of both Buckingham Palace and the Horse Guards Parade, St James's Park is a favourite amongst tourists visiting London. Flanked by Birdcage Walk to the south and The Mall to the north, St. James's Park is the oldest of the Royal Parks. There are four parks that are just about linked together and St James's Park makes up the most easterly of these, the others being Green Park, Hyde Park and Kensington Gardens.

There is a beautiful lake in the middle of the park, upon which are two islands - a haven for many different species of bird.

The Mall is frequently used for ceremonial occasions and the lamp posts are adorned with Union Flags. It is also a good place to watch the changing of the guard which takes place just outside Buckingham Palace. However, be warned, especially in the summer months this area of London becomes extremely crowded as people clamour to get a glimpse of ceremonial procession.