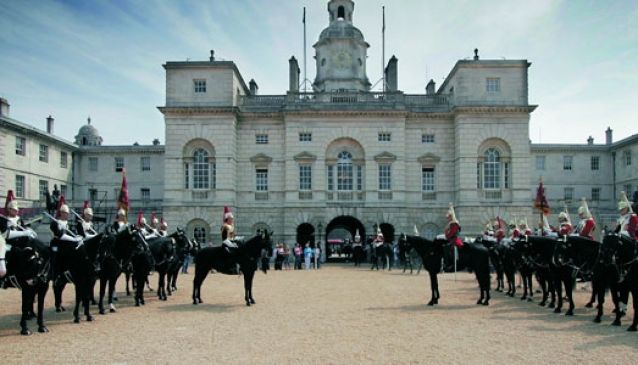 Based in the heart of Horse Guards in Whitehall, The Household Cavalry Museum offers a unique behind-the-scenes look at what goes into the operational and ceremonial role of the Household Cavalry Regiment in one of the city's most historic buildings. The museum is a living museum, based on real people doing real jobs in a real place. Troopers working with their horses in original 18th century stables can be watched through a large glazed partition, whilst compelling personal stories, first hand accounts of the rigorous and demanding training of the troopers, interactive displays and beautiful, rare objects can all be found within the museum (many of the objects are on public display for the first time).

Dating from 1750, the museum is still the headquarters for the Household Division, a cavalry that was formed in n1661 under the orders of King Charles II. The cavalry has two roles, as a mounted regiment on horseback guarding Her Majesty The Queen on ceremonial occasions and as the royal pageantry, serving around the world in armoured fighting vehicles.

Educational programmes and children's activities are available within the museum, as well as the option to explore the museum during evenings.