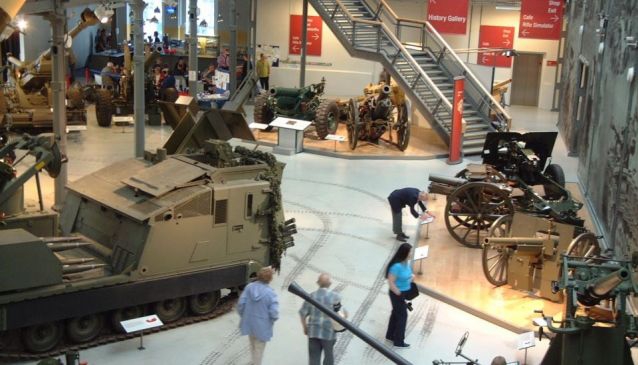 Open to the public since 1820, The Royal Artillery Museum in Woolwich is the longest running military museum. The museum tells the dramatic and powerful tale of weaponry, scientific discoveries made through warfare and stories of courage and endeavour. With a world-class collection of artillery, associated weapons, uniforms, drawings, displays of diaries and medals along with guns and carriages made in the Arsenal, the museum displays 700 years of world artillery history and heritage.

The museum consists of the Camo Zone, Arsenal display, Gunnery Hall, History Gallery, History of the Royal Arsenal Gallery, Medals Gallery, The James Clavell Library & Archives and The Victoria Cross Guns display. Visitors can also take part in the Field of Fire audio-visual show that puts you in the midst of a battle, with shells whizzing overhead and guns roaring, the show is ground-shaking.

The building itself has artillery history, with two of the buildings once being part of the Royal Laboratory Department, which used to control the manufacture, design, testing and administration of ammunition.