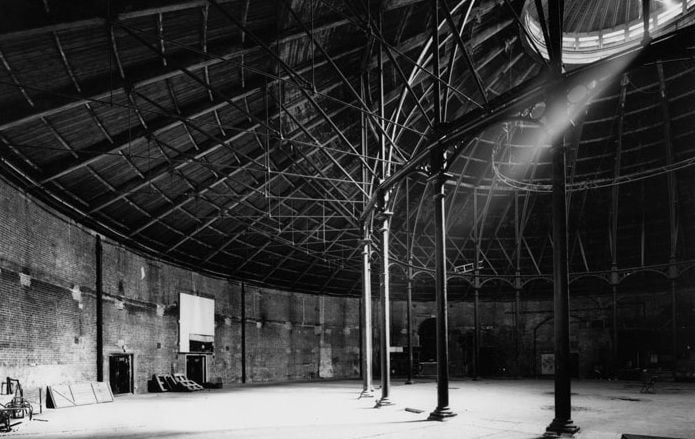 It's come a long way from its humble start as a steam engine repair shed back in 1846. The Roundhouse is now one of London's most popular venues for cultural events including music theatre and dance. As a charity, the Roundhouse relies on its income from private/corporate hire, trusts, sponsors, ticket sales and generous individuals to help raise the £3 million it needs annually to keep running. Yet with their eclectic programme of events, it's no surprise that over 350, 000 people visit the venue every year.

The main focus of the Roundhouse is to help nurture the young creative talent in the UK, and so they offer a series of projects for 11-25 year olds to get involved with in one of their 24 state of the art studios, including rehearsal rooms, media suites and TV, radio and music production areas. As a result, with thanks to the Roundhouse, young people have managed to work with Apple to stream live events,as well as interview Sir Paul McCartney for Roundhouse Radio.

All year round, there are events open to the public, including music concerts, theatre, dance shows, circus and new media exhibits. Check out the websitewebsite for the latest and to book tickets.

Within the building there are a number of bars and the renowned 'Made in Camden' restaurant on the ground floor which was an instant hit with London's food bloggers following its opening in 2010. They offer a mix of traditional British and contemporary cuisine and is in a great spot for pre or post theatre nibbles. See the set sample menu for a taster.

Made in Camden restaurant: