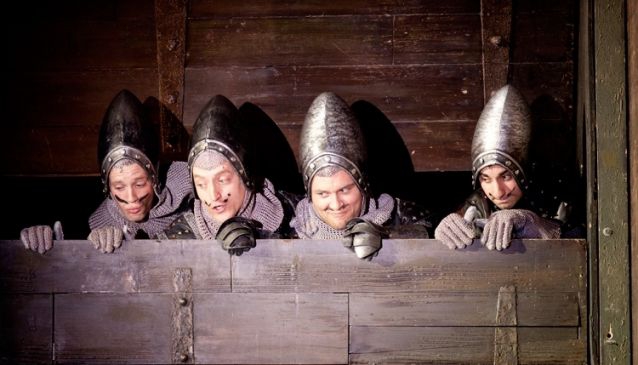 Remarked as 'funnier than the black death', this production of Spamalot tells the tale of King Arthur and his Knights of the Round Table. Featuring flying cows, killer rabbits, the Black Knight and snooty French, it doesn't get better with Eric Idle as God.

Now starring Les Dennis, as King Arthur, and Bonnie Langford, as the Lady in the Lake, former Monty Python Eric Idle has created a simpler, shorter and more streamlined version of the production that recalls Monty Python's classic comedy hit series in review. Directed by Christopher Luscombe, hthis is a completely fresh and dazzling take that will surely have the audience helpless with laughter.

Based at the Playhouse Theatre, book your tickets now to see an uproaringly funny musical.