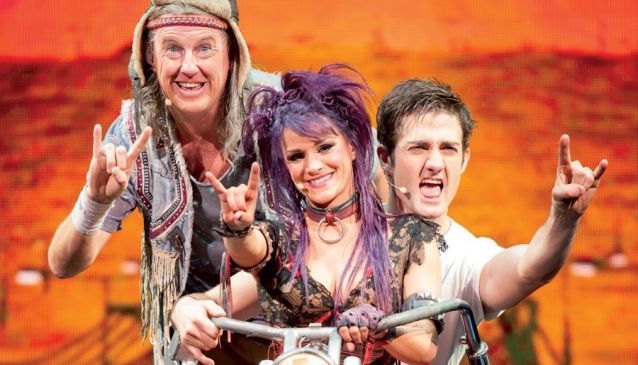 We Will Rock You

Set 300 years in the future, We Will Rock You tells the story of a corrupt commercial world where creativity has been quashed. The youth, a.k.a the 'Ga-Ga kids', are listening to the same computer-generated music, watching the same films and wearing the same clothes, and any form of individuality is forbidden by their leader: the Killer Queen. In this world, musical instruments are banned and rock music is unheard of, but it is the job of Galileo and his trusty companion, Scaramouche, to put things right again.

The story is one that not only manages to weave together all of Queen's greatest hits, but also hints at concerns of over-digitalisation. It's a very current storyline, which successfully pays tribute to the great Freddie Mercury himself. Queen fans will not be disappointed because the show is essentially one big celebration of this iconic band.