Tours in London Tours by Type Tours by Region 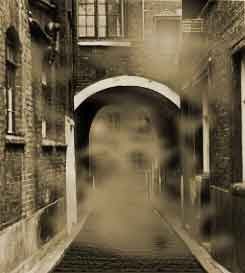 Delve into the bone-chilling history of the capital with The Original London Horror Tours. No matter what area of the darkly morbid past you are interested in, you’ll find a tour trail to follow.

Join Captain Jack and his parrot, which sings the pirate song for The Pirate Walk. This tour starts at Tower Gateway and visits the location where pirates were hanged for mutiny on the bounty, smuggling and more.

For a tour of uncomfortable twists, take The Kray Twins Tour, who were big London gangsters in the 1950s and 60s. The tour around Bethnal Green visits their homes and schools or take a booked tour to see Ron’s flat, the house where Jack Macvitti was stabbed.

Take the ultimate Jack the Ripper tour with The Original London Horror Tours for smaller groups and to hear Sherlock Holmes stories and author Arthur Conon Doyle’s theories on who killed all those women.

Bookings are required in advance, with several regular tours and some only as requested.