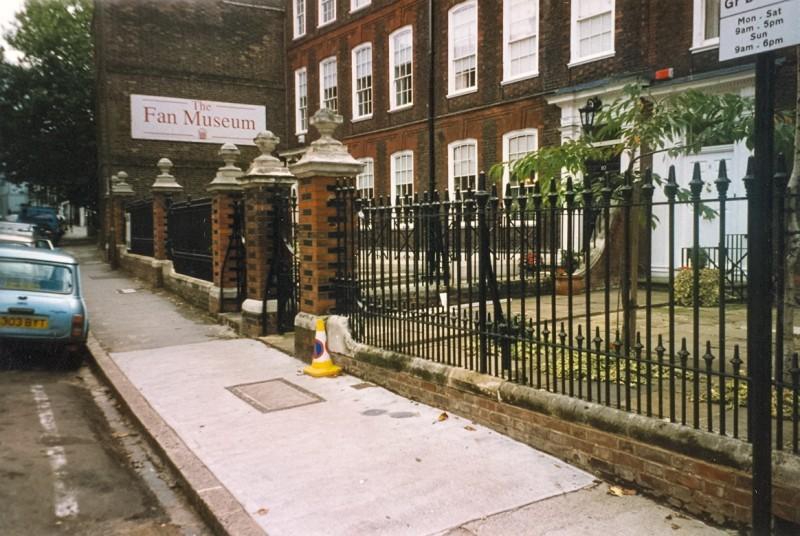 Definitely one of the most niche museums in London, the Fan Museum in Greenwich is the only such museum worldwide dedicated to everything about fans, fan making and their design. This museum, opened in 1991, adds another layer of historical interest to SE10, and Maritime Greenwich's status as a World Heritage Site. The Museum is also situated inside Grade II listed buildings- which provide architectural interest too.

Its collection numbers over 3500, and all of the particular objects are presented according in their historical, social and economic contexts and from all over the world. The oldest fan in the collection dates from the tenth century and one of the fans in this museum has a built in ear trumpet! Fans are apparently not only meant to cool you down in hot weather- in fact these fans have been used as part of a particular fashion trends and various ceremonies for hundreds of years. Some are just plain kitsch and tacky, but still well worth a look.

Apart from the listed buildings housing this fascinating collection, there is also an Orangery and a 'secret' Japanese garden with corresponding oriental- inspired features and designs. Also, as with most museums, there is a well- stocked gift shop- perfect if you'd like to buy an unusual fan for yourself or as a souvenir gift for someone back home. If you're in London for a length of time and would like to spend more time in the Museum, why not take one of their fan- making classes?