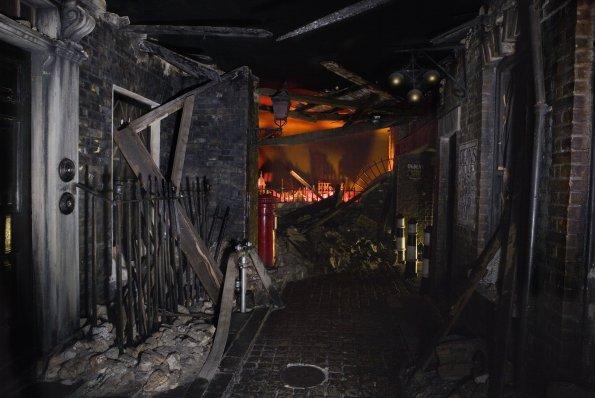 The Imperial War Museum, founded in 1917, was originally set up to record and display the epic story of the Great War and to commemorate those who died or suffered in it. It has since expanded and now features collections and displays from all military operations that have involved British or Commonwealth forces from 1914 to the present day. It is only one part of a multi-branch national museum, consisting of 4 others. This particular museum offers us a thoughtful look at what day-to-day life would have been like for both citizens and soldiers in the two world wars.

The museum holds both permanent and temporary exhibitions and some of the most powerful of these includes the Trench Experience in the World War I gallery, The Blitz Experience in the World War II gallery and the Holocaust Exhibition. The museum also features military vehicles, weapons, war memorabilia, a library, a photographic archive and an art collection. A great emphasis is placed on the social effects of war, through poetry, photography and film footage, making this so much more than your conventional museum. The Museum can also be considered a major national art gallery, holding some of the twentieth century's best known paintings, featuring art by David Bomberg, Henry Moore, and John Singer Sargent. Another of the exhibitions not to be missed is the Secret War Gallery, which records the history of agents' work and the creation of MI5 and MI6.

The museum is open daily from 10:00 - 18:00 (except Christmas Eve, Christmas Day and Boxing Day) and admission is free, except some exhibitions.

The museum is situated near many of London's other major tourist attractions, and is easily accessed from Lambeth North, Waterloo, Southwark and Elephant & Castle stations.