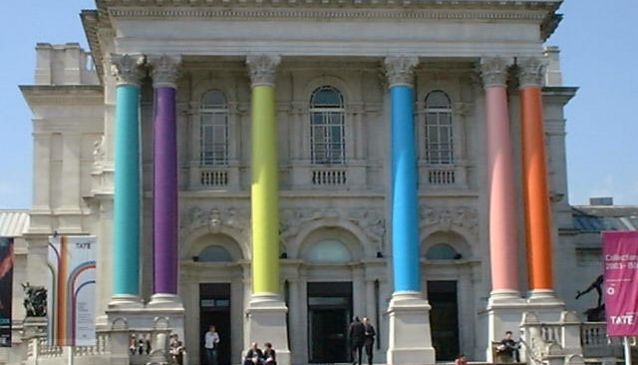 As a national gallery under the larger Tate banner of galleries and artistic collections, Tate Britain comprises the national and largest collection of British art from the infamous Henry VIII Tudor times until the present day, and some international modern art. The closest Underground stations for Tate Britain are Pimlico and Vauxhall.

Tate Britain invites visitors not only to enjoy individual pieces and themes, but to understand the works on display and absorb the atmosphere. This focus on great British artworks is the same desire that the Tate's namesake, Sir Henry Tate, had for the gallery when he started it with his own private collection in the late 1800s. Interestingly, the gallery, which opened in 1879, occupies the site of the former Millbank prison. Today, Tate Britain is one of the most visited and highly recommended places of interest for any visitor to London.

Moving with modernity, Tate Britain makes sure to include all media forms, including photography and film, installation and performance art. In short, there is something for all visitors, and their varied artistic interests. Some of the more famous names to be displayed here include the portraitist Thomas Gainsborough, horse painter George Stubbs, visionary genius William Blake and JMW Turner, arguably one of the most renowned landscape painters of the nineteenth century. His striking, vibrant collection of cityscapes is a must see. Blake, Turner and landscape artist John Constable are given special space and emphasis in the gallery.

Viewed in themes or eras, Tate Britain is a unique glimpse into a changing British society, as it moved through the formalities of traditional styles to abstract and even disturbing images of war-torn Europe and the increasingly overpowering influences of a globalising world, as seen in British Pop Artist David Hockney's works, perhaps one of the most talked-about contemporary British artists today.