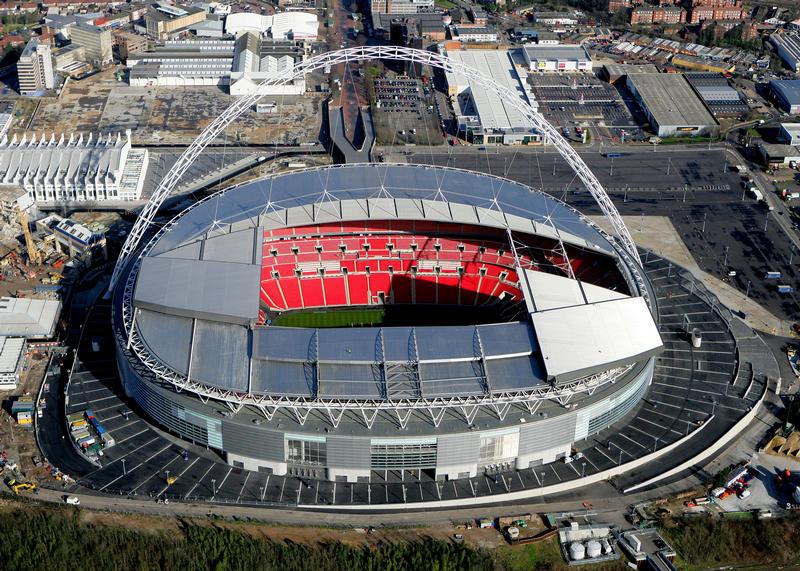 Wembley's always been a renowned and well-loved spot for football fans. Home ground for the England football team and hosting all the football national cup finals from the FA Cup to the League Cup, the stadium's impressive reputation precedes it.

The stadium's structure has always been iconic too, thanks to its steadily evolving roof. First of all, before it had a make-over, Wembley was fitted with Twin Towers (something that later became its nickname). The towers were dome-roofed and perched on top of the edge of the stadium with flags of St. George waving in the London breeze. Now, since 2003, Wembley Stadium sports a lattice arch which extends 130m into the air, and can be seen from miles away.

Something else that's equally interesting is the amount of restroom facilities. A record-breaking 2,000 toilets are spotted around the bowels of the stadium, all within walking (or stumbling, depending on how much beer you've guzzled) distance from your seat.

Close by to Wembley Stadium is equally eminent Wembley Arena. A notable music venue and entertainment hub, Wembley Arena is just as significant as its sister stadium. Hosting an exciting array of international music, Wembley Arena has seen the likes of legendary British rock group, Queen, American metalists, Metallica, and Take That all perform there.