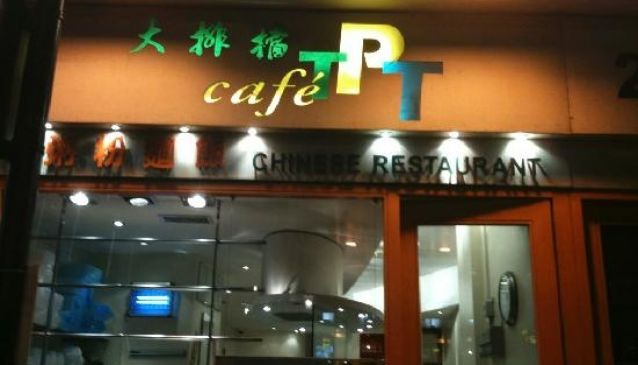 A well-known magazine once joined American chef and restaurateur David Chang around his home town on an eating and drinking spree. He ends up at one of his restaurants late at night, looking for something to eat. Making himself a late-night snack, he says, 'When it's late and you're hungry, what do you like to eat? What, you're going to say you want some oxtail, a little bone marrow?' He makes a swooshy mincing gesture and pretends to delicately nibble aforementioned gourmand's delight. 'No,' he says firmly. 'It was that awful piece of pizza you got from God knows where, that's what you wanna eat.'

He's right, of course. Often the simplest stuff is the best. While it might be slightly unfair to suggest that the remit of Café TPT's kitchen doesn't extend beyond the simple - their specials board and menu of off-kilter and obscure delights will suggest otherwise - inevitably every failed attempt at deciding where to eat in Chinatown finishes here. Not because of a lack of imagination, but in-the-know Londoners and the local Chinese community come here for a reason - the service is fast, the prices low and the food is good.

The most popular dishes tend to be the selection of roast meats - at £6-7 with a big serving of rice, excellent value and a real steal - and the noodle dishes. The curry beef flank is meltingly tender and exceptionally flavoursome (it used to be on the menu, but can now still be ordered as an off-menu item), while the selection of hawker dishes represent value as well - a delicious meal can be had for under a tenner, with change for a Coke. The Fujian-style fried rice is a little more expensive (though we're not exactly talking filet mignon prices) but the superiority in flavour and texture is obvious over comparable dishes. A reliable and invaluable place.