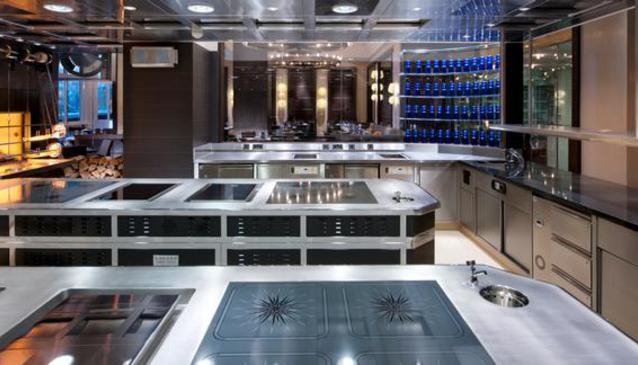 Heston Blumenthal is one of Britain's more eccentric chefs. Famous for his dry ice amalgamations and generally using the strangest cooking preparations ever heard of, Blumenthal is respected by some, and a cause for apprehension for others.

His foodie quirks are certainly reflected in his style of restaurant. Dinner, in the Mandarin Oriental Hotel, is an innovative domestic creation. The dining room's floor-to-ceiling glass panes give guests a full view of what's going on in the kitchen, as well as the pulley system that's been set up which is used to turn the spit over an open-pit fire. The engineering of the pulley is made to look as intricate as the inner-workings of a watch.

Still with us? It goes on. For mains, examples include the Cod in Cider with charred and fired mussles; Roast Halibut with dandelion leaves and cockle ketchup or, for the extremely extravagant, Wing Rib of Irish Angus for 2 served with mushroom ketchup, red wine juice and triple cooked chips.