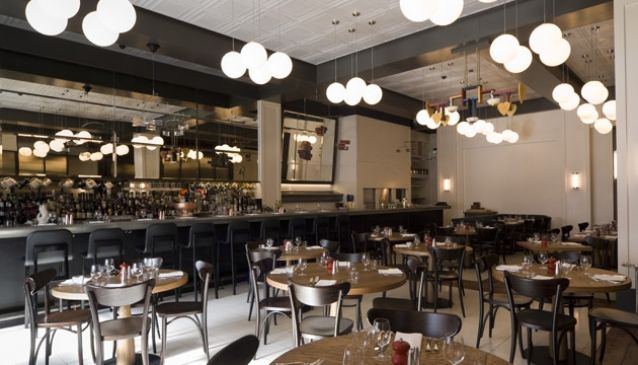 Hix on Brewer Street in Soho is the second London restaurant from Mark Hix, whose other establishments include Hix Oyster & Chop House in London's Smithfield's Market and Hix Oyster & Fish House in Lyme Regis. Hix restaurant is situated on the ground floor of the site previously occupied by Aaya, and is adorned with exclusive pieces of art from the likes of Tracey Emin, Damien Hirst, Tim Noble and Sue Webster. With the capacity to seat around 80 diners, the restaurant will serve the signature British cuisine that Mark Hix is renowned for. The exquisite dishes on the menu include Grilled Orkney Lobster with garlic butter and chips, Roe Deer Chop with celeriac mash, and Aberdeenshire Porterhouse Steak for two to share. Meanwhile, Mark's Bar in the basement offers a more informal, clubby vibe and serves smaller British dishes for you to enjoy. Having always planned to open a West End restaurant, Mark Hix intends for Hix in Soho to be a truly British dining destination and will continue to support the great British producers that he has worked with to ensure that you enjoy the highest quality cuisine.