If you're willing to forego many of the traditional tourist traps, you can have a fantastic day out.

London regularly appears on lists detailing ‘The World’s Most Expensive Cities’. It may not hit the top spot but the city is certainly renowned for its expertise in lightening the tourist wallet. For a ride on the London Eye, expect to pay around £19. A tour of the Tower will set you back £22, the London Dungeons charge £25 and entry to the waxworks Madame Tussauds costs a whopping £30. These may be some of the city’s most famous sights, but they’re also some of the most expensive. If you’re willing to forego many of the traditional tourist traps, you can have a fantastic day out for the price of one of these costly tickets! Here’s what I did…

My first stop was a tube station, to buy a travelcard. If you wait until after 9:30am, you’ll hit the off-peak hours and it’s only £7.30 for a day travelcard covering zones one and two. This will let you travel on public transport in central London – and if you do need to go outside this area, you’re able to jump on any bus for free. Bargain!

Although I’d spent almost half of my £20 budget in the first five minutes, this was not a problem! My plan was to take advantage of all the free options London has to offer. I caught the tube to South Kensington, home of arguably the most magnificent trio of museums in the country, if not the world. Here you’ll find, all within a 200ft radius of each other, the Victoria and Albert Museum, the Natural History Museum, and the Science Museum. 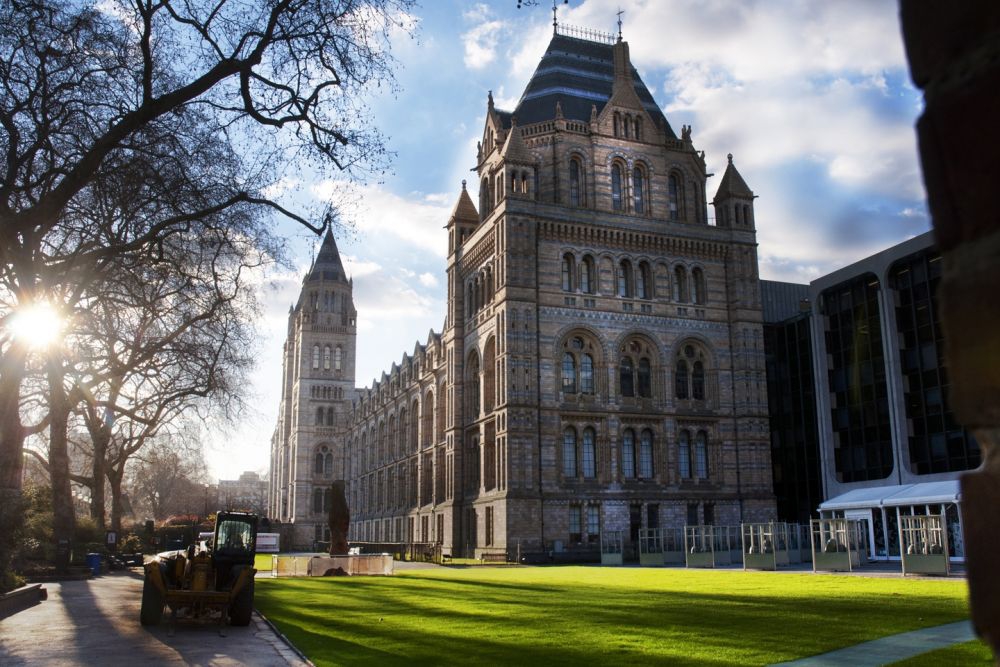 All these world class institutions boast free entry and are absolutely stuffed full of fascinating exhibitions, artifacts and discoveries to be made. You could spend all day in just one of the buildings but I poked around the ancient statues in the V&A and then headed to the glorious Natural History Museum – which has to be one of the most beautiful buildings in London – where you can gawp at a 1,300 year old tree, amongst other things.

My next stop was one of my favourite places in London: Covent Garden. It’s quite touristy and crowded at the weekends – I visited on a weekday to make the most of the area. There’s plenty to do here for free; the markets are fascinating to browse, full of great arts and crafts, there are often amazing musicians performing inside the central building and you can always catch live street entertainment in the walkways surrounding the market. The guy singing through a traffic cone is not one to be missed.

A short walk and a quick jaunt on the Central line led me to my next destination; St. Paul’s Cathedral. An iconic sight on the London skyline, this church is a very attractive building which is also breathtaking in its enormity. While entry to the cathedral itself isn’t cheap (£16 for adults), it’s a lovely area to walk around, with beautiful grassy gardens to enjoy. The view from the pinnacle of St. Paul’s may be amazing but, if you’re on a budget, try the roof of nearby One New Change shopping centre instead. Simply take the lift up, and marvel at the panoramic view of London. 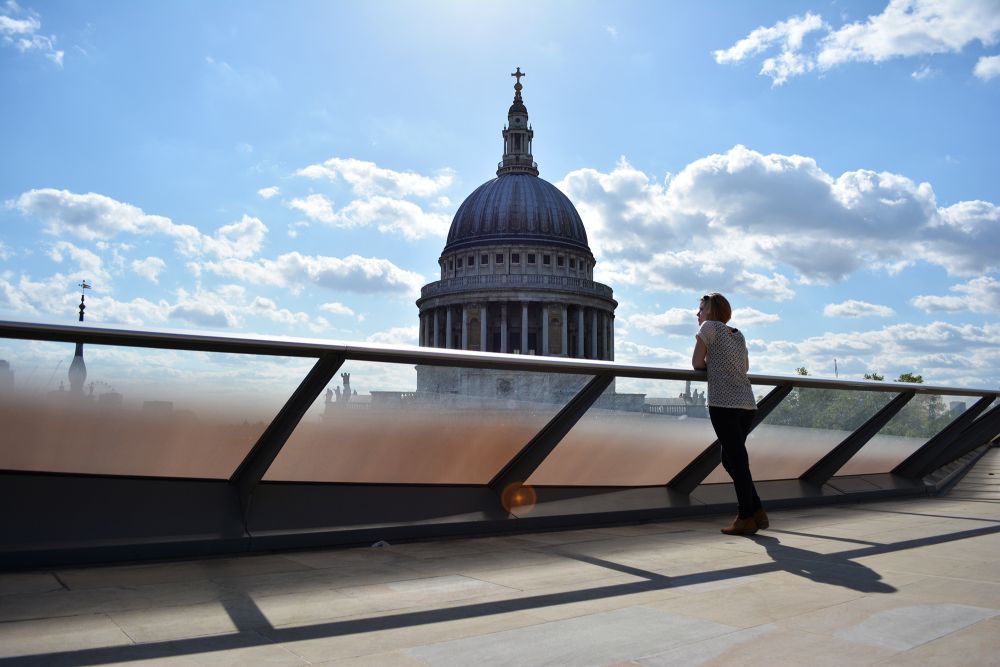 Back on pavement level, I made the short walk to the river, crossing the Millennium Bridge – central London’s only dedicated pedestrian footbridge and handy way to nip across the Thames without getting caught up in the noise and fumes of traffic. This modern structure was the last river crossing to be built in the city, although there is currently a ‘Garden Bridge’ in the pipeline!

As well as treating me to fabulous views down the Thames, Millennium Bridge helpfully deposited me right outside Tate Modern; the most visited Modern Art gallery in the world. Yes, it doesn’t look like an art gallery, does it? Those industrial bricks give the game away – it used to be a power station, sister to the Battersea monster. Tate Modern is an ideal place to come on a budget – it’s yet another free outing, with only some of the exhibitions ticketed. Well worth a wander around and a browse in the fascinating gift shops.

With my stomach rumbling, I decided to head off and find some cheap grub. A short stroll down South Bank and I found myself at Borough Market – one of London’s oldest food markets, and a mecca for the adventurous foodie. I was starving by this point, and the meaty smells wafting from the market stalls were oh-so-enticing! I made my second purchase of the day; a tasty serving of Vietnamese chicken curry for just £5. 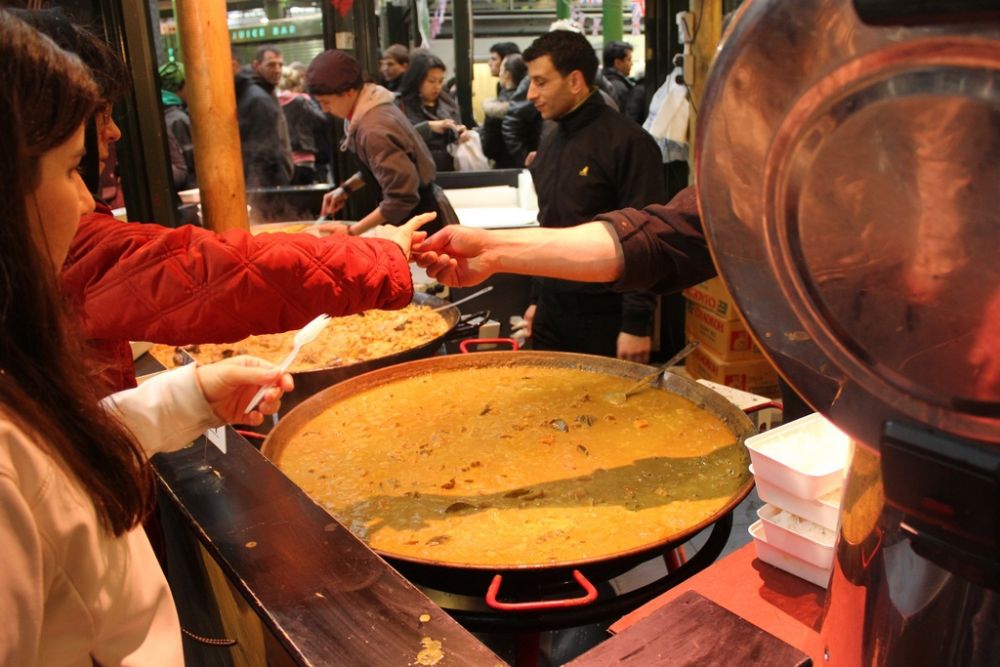 Happily stuffed and still with almost half my budget remaining, I hopped on the bus to Greenwich (you can also take the DLR for a nippier route). Central London can get a bit hectic and its many green spaces prove a welcome escape. Greenwich Park is one of the city’s most beautiful spots, with the view from the top being unrivalled. You could easily spend a whole day here - in the park or around the town – and thousands do, soaking up the history, architecture and greenery without spending a penny.

My final journey was the most epic; I bought a £4 ticket for a Thames Clipper, which took me from Greenwich Pier to Westminster. I was unreasonably excited about my first boat trip on the Thames and this was definitely my favourite mode of transport so far; the scenery was spectacular and unfurled slowly enough to take it all in. The glorious sunshine got everyone up on the deck appreciating the views, as we slid under Tower Bridge and past the array of landmarks that makes London unique. The perfect end to a day where I had seen so much, yet spent so little! 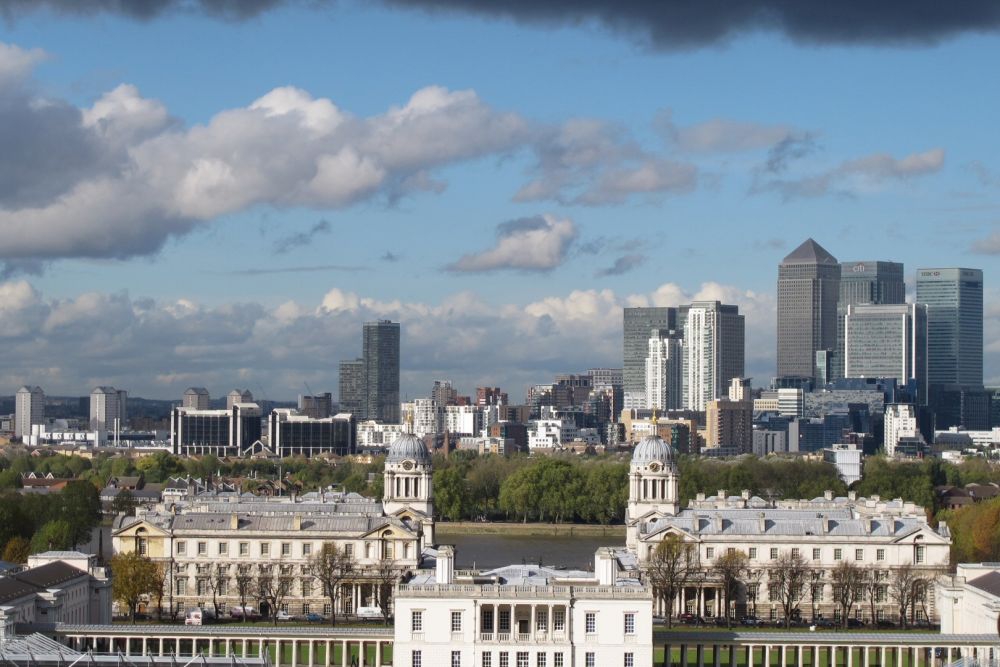